Contraception and a woman’s self-image 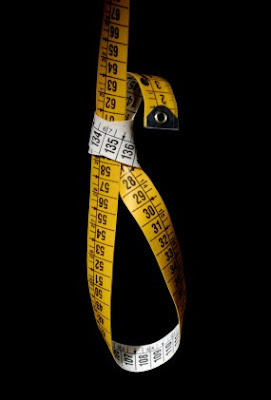 On the rare occasions that I used to think about the prospect of having a large family before my conversion, one of the first things that would come to mind is, “Just think of what my abs would look like! And years and years of nursing babies wouldn’t exactly leave me looking like a Victoria’s Secret model!” and with a shudder I’d perish the thought. There were other reasons that the prospect of having many children didn’t appeal to me. But the issue of what my body would start to look like somewhere around baby number five or six was actually a pretty large factor.

Was I just shallow? I’m not so sure.

I was the product of a culture that takes contraception for granted and believes that the primary purpose of sex is for pleasure. Sure, it can be one of a variety of methods for creating life, but the main reason it exists is just for pleasure.

Given that worldview, it kind of makes sense for a wife to prize preserving her physical appearance over bringing new life into the world. If it’s true that a fundamental part of marriage is sex, and sex is for pleasure, and men are visually-oriented when it comes to physical attraction, it doesn’t seem so unreasonable that a wife would take great pains to look young and fit as long as possible, and perhaps even value that above additional children.

This sort of thing also came up back in college when my pro-choice friends and I would rage about these awful pro-lifers who tried to tell women that they should carry an unexpected pregnancy to term. The horror! Didn’t these people know what pregnancy does to a woman’s body?! This assumed, of course, that there would be circumstances upon which a pregnancy would be totally unexpected (a la the contraceptive mentality), and that any physical trauma to a woman’s body would be so terrible as to be a justifying factor in terminating a pregnancy.

Thinking back to those discussions, we so abhorred the idea of what a pregnancy does to a woman’s body because this was our value. What we looked like physically was so intertwined with our value as human beings that to tell us we should have to carry a pregnancy to term — with all the weight gain and stretch marks and physical changes that would entail — was to say that we should make our very selves less valuable as women.

It is the same pro-contraception worldview that motivates women’s magazines to talk about little else other than “how to be SEXY”, for pop culture to insist that older women are STILL SEXY, and for well-meaning people to assure women of varying body types such as the overweight or the disabled that they CAN BE SEXY TOO.

And I believe that it’s this same worldview that’s changed how the ideal woman is depicted. I thought of this as I looked through this beautiful video of women in art throughout the ages. Contrast the soft, mysterious, classically feminine beauty portrayed in ages past to the hyper-sexualized images we see of women today.

For women in our culture, to be “hot” or “sexy” is to have value. There are a variety of theories as to why this is true but, from my experience, it goes back to the acceptance of contraception and the idea that the primary purpose of sex is for pleasure.

None of this had really crystallized for me until, one day last year, I put on a swimsuit to go to the pool with the kids. I checked my appearance in the mirror and with my pale skin and post-baby figure the word “Yeti” came to mind. I chuckled at my glowing wit, made a mental note to cut out the new habit of ice cream after dinner, and threw a towel over my shoulder to head to the pool. But something about that moment nagged at me, and after thinking about it for a while I realized what it was: how very, very different my reaction was to seeing myself looking a little heavy in a swimsuit than it would have been just a year or two before.

Years and years of intense focus and worry about my physical appearance had seemingly just melted away into a much more calm, reasonable expectation of what I should look like.

It was then that I realized how much the Catholic Church’s teaching on contraception and the purpose of marriage and sex had changed my life. I had thought of my agreement with and acceptance of Church teaching on the matter to be a purely intellectual decision. But I realized that day that it was so much more than that. It had fundamentally changed where I derived my value as a woman, and where my husband and I had derived the value of our marital life.

Shortly after the swimsuit incident my husband and I attended a marriage course required by our parish to have our marriage blessed in the Church. It was offered by a nondenominational Christian group, and in their segment called “Great Sex” they completely separated sex from the creation of life, explaining that sex is a gift from God for our pleasure. The odd, elephant-in-the-room exclusion of having children from the entire discussion impressed upon me how hollow our society’s view of sex really is: Why would we bring up something as un-sexy as pregnancy and having babies? We’re trying to talk about sex here!

I left the course that night feeling sad. Sad for the years I spent mentally compartmentalizing sex and the bringing forth of new life, and the effects that had on my self-image as a woman. Sad for the slightly overweight lady at the table next to me who shifted uncomfortably as the instructors peppily emphasized the importance of staying in shape if you’re going to keep things “exciting” in the bedroom. And sad for all the couples who were there because their marriages were troubled, since I’m sure the overly detailed advice they received on how to have a good sex life only added pressure to their stressful situation.

As I listened to the instructors offer tips and tricks for how couples could better bond through the marital act, I couldn’t help but think that it seemed like they were just missing it. It almost seemed as if they themselves knew that they weren’t exactly hitting the nail on the head with this topic. They offered suggestion after suggestion for how spouses could be romantic, show each other unconditional love, let their partner feel accepted and cherished, etc., involving touch and eye contact and flowers and candy and surprises and back rubs and…whew! I can’t even remember them all. Though all of these things sounded nice enough, they seemed so weak and pale compared to the ultimate way of showing your spouse devotion and unconditional love: to implicitly say with every sexual act, “It’s OK with me if we should create a life together with this act.” What’s more romantic than that?

A final note: I don’t mean to be too hard on the marriage course instructors, who seemed like very sweet people who were genuinely trying to do something good for couples. And I don’t mean to alienate or criticize couples who do choose to use contraception. I just wanted to share my thoughts on this aspect of my conversion since it’s changed my life in such a big way. Even with challenges like tricky medical issues, financial difficulties and unexpected pregnancy, seeing the world in this new light has brought me more peace than almost anything else I’ve experienced in my conversion.