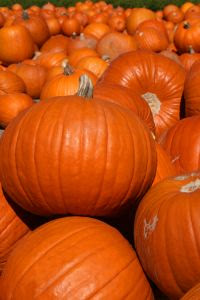 I am trying to love Halloween. I really, really am. It’s traditionally been a favorite holiday. But every time I think about wrassling a four-year-old, two-year-old, and a one-year-old into scratchy costumes (that will invariably not be appropriate for the weather because it always turns freezing cold or sweltering hot around here right on Halloween and I never guess correctly which one it’s going to be ahead of time) and think about dragging them around the neighborhood during the precise window of “after nap but before the pre-dinner-scream-fest” and getting a bunch of candy which will make me tired and fat but I’ll eat anyway and coming home to surly trick-or-treaters dressed up as Bratz dolls who say things like “Is that all? We don’t like your candy!” before rolling their eyes and running off…I want to go collapse somewhere.

Also…I would tell you about my costume decision/expense woes but I get tired just thinking about it. You don’t know how tempted I was to just cut some holes in burlap sacks and announce that all the kids would be St. Francis this year.

I keep re-reading this post about how a family of six paid off their mortgage on an income of $29, 000 per year (via a comment from Sandy), and I think my jaw drops a little further each time. I’ve always known that frugality is an area that I need to work on, but now I feel like I have all the humble prudence of P.Diddy when it comes to spending money. All I can say is: Wow.

— 3 —
I realized recently that I do not know how to fold towels. I go to friend’s houses and see their towels folded into perfect, fluffy squares stacked neatly in their linen closets. Despite my best efforts to achieve this look, mine look like drunk rectangles. This might be difficult to explain in writing, but how do you make towels turn into nice, neat squares? I perceive towel folding to be a secret, mysterious art known only to a select few.
— 4 — 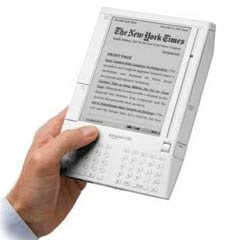 I have this weird love/hate relationship with the idea of Kindle. I actually watched Oprah the other day because I heard she was going to be talking about it. On the one hand, the whole idea depresses me. Maybe it’s because I only read non-fiction, but I always write notes all over my books, underline compelling passages, and refer back to them over and over again after I’ve read them. Also, it brings me such joy to see my bookshelves packed with fascinating reads, ready to lend to friends, use as a reference or peruse again myself. And, oh, the sounds and smells of cracking open a brand new book that I’m all ready to delve into! I just can’t imagine my “library” consisting of a bunch of electrons on a gadget I can fit into my purse; that my husband and I wouldn’t walk guests over to our bookshelves to talk about books as we peruse the worn, multi-colored volumes on the shelves, but instead fire up an electronic device and press buttons on a screen.

All that said…after watching the Oprah episode I have this vague feeling of wanting a Kindle.

On Monday I hosted a playdate with two friends who also have lots of little ones, and together we had 10 kids, all under age 5 (with one on the way). The wide-eyed pizza man asked if it was a daycare.

Speaking of which, it’s been funny to see my son’s reaction to the new pregnancy. He’s our oldest, and he seems to think it’s all totally routine. His impression is that every year or so mommy and daddy go to the hospital and bring home a baby girl, and that that’s just how the world works. He seems to think it’s some kind of annual tradition (which I guess it sort of is).

Book update: So, writing a book is a lot harder than I thought it would be. If any of you have written books yourselves, whether they’re published or unpublished, I just have to say: KUDOS TO YOU. It’s hard.

That said, I’m happy with the way it’s turning out. I’m on Chapter 7 and expect to be done with a first draft in late February. It’s not Hemmingway, but I think it does explain clearly what it was like to grow up in an atheist family and then become a Christian, as well as explicitly giving the reasons behind my decision to convert. There’s also some good news in the probability-of-it-being-published department, which I’ll mention if/when it’s finalized.

That’s all I got for today. Have a lovely Thursday night!