Five years ago last Saturday, my husband and I got married.

In many ways, that night was the apex of our worldly life: our wedding took place in a rented theater, I wore a dark purple dress, we wrote our own vows, our officiant came in second in a stripping contest at a gay club the night before, and the afterparty lasted until eleven o’clock the next morning. Shoot, we weren’t even technically married at our wedding. The piece of paper from the state meant little to us, so we just got that out of the way the day before.

Here’s a picture from the reception. We had the most fantastic DJ in the world who had a talent for keeping everyone energized and on the dancefloor: 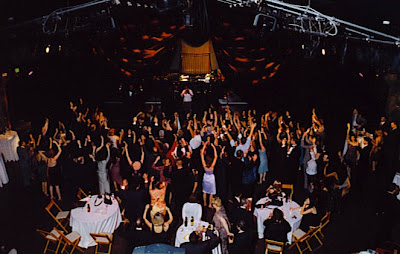 Here’s a picture of us leaving the reception where you can see my wedding dress: 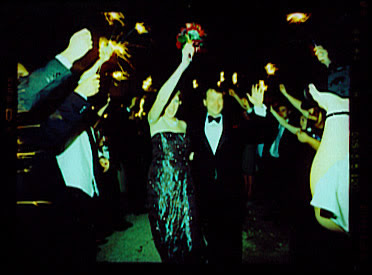 Here’s a shot from the afterparty on the 25th-floor roof of the building where we lived, taken around three o’clock in the morning: 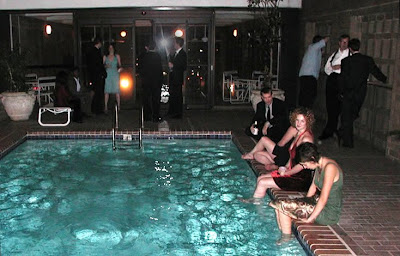 Here’s the view from our building, taken at the afterparty: 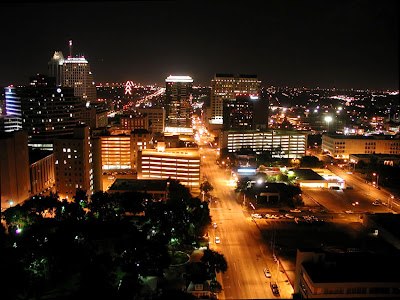 That night felt like the beginning of something big.

Earlier in life I was never even sure I would get married, thinking that my career was the only thing that really mattered, so it was a stunning coup to marry such a good catch. My husband had grown up poor in a single-parent home, and through some combination of brilliance, hard work, and a mother who is a force of nature, he ended up graduating with honors from Yale, then going on to Columbia Law School and Stanford Business School. He was one of those people who could do anything he set his mind to. Everyone told us we had the world at our feet, that that October night was the beginning of a blazing bright future.

If you would have asked me that night what we’d be doing on our five year anniversary, I would have guessed that we’d be living in some gorgeous house, perhaps a renovated bungalow is the choicest part of town; maybe we’d have one kid; and for the evening of our anniversary perhaps we’d travel to Paris, or maybe to Mendoza, Argentina, one of our favorite destinations.

Instead, on Saturday we found ourselves driving our messy, beat-up minivan full of kids to vigil Mass (where our children dedicated themselves to acting as much like untamed monkeys as possible), then going home to eat rice and beans for dinner. Five years ago, it would have been outside the realm of reasonable thought to even consider that over the next few years we would both convert to orthodox Catholicism; make the decision for my husband to switch to a more modest (and far less glamorous or lucrative) career path that allowed him to have a stable job with pleasant workdays; move way outside of town to an anonymous suburb; and have three kids with one on the way. What we wanted was a life of adventure and excitement and learning, not some suburban existence of diapers and budgets and church.

But a funny thing happened on the way to the high life: when we threw ourselves into seeking true adventure and excitement, energetically searching for the best that life had to offer, we discovered that the travel and the parties and the downtown lofts weren’t cutting it anymore. We found that there just might be something more to life out there, something more thrilling than anything you can find on the other end of a first-class flight.

On Saturday, as I bounced my squirming baby on my lap, a little tired from the new pregnancy, watching my husband chase our precious (if annoying at the moment) children back to their seats in the sanctuary’s cry room, I thought about that night five years before. On October 4, 2003 my husband and I promised each other that our wedding was just the beginning of a great adventure, that together we would seek to find the height of the human experience, to figure out what it meant to live the very best life possible — and whatever that was, we’d dive in head first. And as the mellifluous tones of a hymn floated through the air and he and I stepped forward to receive the Body and Blood of Christ, a tear stung my eye when I realized that that’s exactly what we did.