This is a Part II to my post from last Wednesday. (*) = link contains photo or video of an abortion or its results.

A little over a year ago, shortly after I converted to the pro-life position from being rabidly pro-choice, I started to come across pro-life writing in which abortion was compared to the Holocaust. I balked at such comparisons. The rhetorical strategy of comparing whoever you dislike to Hitler and any kind of oppression you disagree with to the Holocaust is as weak as it is offensive, and I didn’t like to see pro-lifers stooping to that level. 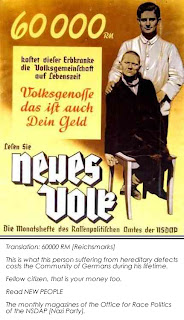 The injustice I sensed in the comparison was that the victims of the Holocaust experienced a level of suffering that is unparalleled in the human experience, a kind of suffering that no unborn baby, even the victims of late-term abortions, would or could ever know. During the Nazi reign mothers had toddlers torn from their arms to be sent to their deaths or, perhaps worse, walked hand-in-hand with their children into gas chambers. Millions of people were yanked from their homes, shoved into cattle cars, then starved, shot, gassed, and subjected to sick medical experiments — and they all knew it was coming.

Ever since I learned about the events of the Nazi Holocaust in grade school not a week has gone by that I don’t think of its victims and feel a little queasy to imagine what they went thorough. To minimize the horror that took place there is unconscionable, and I detest loose comparisons to the Holocaust.

One thing that has surprised me, then, as I’ve researched the pro-life position further, is that I do see a critical similarity between abortion and the Holocaust. To be very clear, I do not think it’s the same thing. I do not think that they are directly analogous in every way. But I do think that both scourges are born of the same seed, and that it is not only appropriate but important to highlight what that is.

As I looked more closely into the issue of abortion, one thing that struck me as odd is that you hear so little about the details of it in the media. One of the unfortunate hallmarks of our modern media is a zeal for reporting ratings-boosting stories of graphic crimes (the expression “if it bleeds, it leads” being common wisdom at modern newsdesks). From the local news to primetime shows like 20/20 and Dateline to much of the programming on networks like A&E and TruTV, salacious stories of blood and gore, cruelty and violence are recounted in detail, sometimes even showing photos of the bodies of murder victims.

These same camera crews probably wouldn’t even have to drive two miles to get shots of arms and legs and heads in medical waste bags* outside their local abortion clinics, yet you never hear anything about it. Shocking stories of murder and drama and coverups, such the Shanice Osbourne story, get zero airtime so long as they happen within the walls of an abortion clinic. The footage from the Spanish TV crew that filmed an abortion* that included shots of chubby little arms and legs stacked on a medical tray* was not picked up here. When the documents from the Supreme Court case of Stenberg v. Carhart were released, the following grizzly testimony was given by abortion doctor Leroy Carhart:

The fetus, in many cases, dies just as a human adult or child would: It bleeds to death as it is torn from limb from limb. The fetus can be alive at the beginning of the dismemberment process and can survive for a time while its limbs are being torn off. Dr. Carhart agreed that “[w]hen you pull out a piece of the fetus, let’s say, an arm or a leg and remove that, at the time just prior to removal of the portion of the fetus…the fetus [is] alive.” Dr. Carhart has observed fetal heartbeat via ultrasound with “extensive parts of the fetus removed, ” and testified that mere dismemberment of a limb does not always cause death because he knows of a physician who removed the arm of a fetus only to have the fetus go on to be born “as a living child with one arm.”

It was met by the sound of the proverbial crickets chirping

The more I thought about it, the more I found it to be an odd inconsistency that in our modern world where we love gore and sensationalism, the horror and drama that take place in abortion clinics in every major city every day are met with complete radio silence. 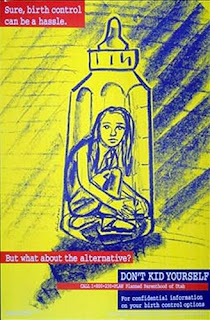 The inconsistencies weren’t only in the media.

I’ve mentioned before that I did a lot of looking the other way when I was pro-choice. I never watched a video of an abortion* to get a good look at just what I was supporting, and just rolled my eyes when those lunatic pro-lifers put pictures of aborted fetuses in my face. I went into more detail here about the psychology behind it, but even glimpses of bloody little severed arms* from first-trimester abortion photos didn’t raise my heart rate when I saw them — because they were just photos of “fetuses.”

When my doctor first told me that I was pregnant, I remember her asking me what vitamins I was taking. I told her about a brand I liked from Whole Foods, and she cut me off in mid-sentence to give me a stern lecture. It was my responsibility to look out for this little person, she told me, and proceeded to inform me of all the amazing development my baby was going through right now. She gave me a prescription for superior vitamins and rattled off a list of dietary changes I needed to make to nourish my baby.

Less than a year later an acquaintance went to this same doctor with a surprise pregnancy that she did not want. The doctor assured her that the procedure for expelling the “fetus” was a simple one and scheduled her for an abortion. This woman was at the same stage of pregnancy as I had been at that first visit, but the word “baby” was not used at her appointment. I was offered an ultrasound to see my new child with my own eyes; she was not. 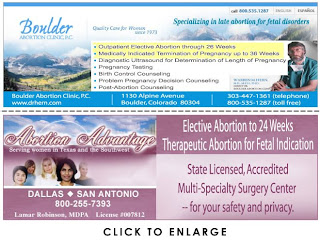 I once visited a friend’s baby who was born prematurely in a local hospital’s Neonatal Intensive Care Unit, and became dizzy when I realized that these children, with the little cards and decorations on their incubators, these precious little boys and girls who had names and moms and dads, were the “fetuses” described in late-second-trimester abortion medical literature. It would be a horror to think of someone reaching into one of glass cribs and harming one of these children, yet to kill them in the most gruesome of ways was legal and accepted as long as it was called an “abortion.” When I was exposed to videos of doctors smiling when talking about such practices (and acknowledging that they’re often performed for non-dire reasons) and applauding their colleagues when it was demonstrated live [MP3], I felt ill; when I saw the smooth, euphemistic terms abortion clinics used to describe their procedures in their literature and then compared that to the accurate details of what actually happens in those procedures without the glossy terms, I felt like I was surrounded by widespread misinformation and deception.

I began to notice that as a culture, by default, we consider new life in the womb to be babies — precious children. But as soon as they get inconvenient we downgrade them to “fetuses” and exile them from human society. It was around this time that I began to see the common thread between abortion and the Nazi Holocaust.

The practice of abortion is far different from what took place in the Nazi concentration camps. 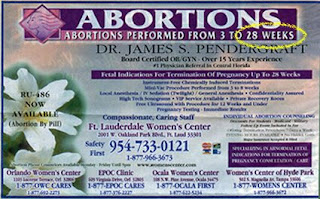 Even in later-stage abortions, infants don’t experience the horror of knowing ahead of time that they’ve been marked for execution. They don’t know what’s happening to them as they’re dismembered or burned with chemicals (or, as the American College of Obstetricians and Gynecologists recommends, delivered alive and killed outside the womb so that their bone fragments and “free-floating heads” don’t cause complications). And though we have video* of babies at 12 weeks pulling their heads back, moving their arms and legs and contorting their bodies to avoid abortionists’ instruments before they’re killed, we can be certain that at their young age they experienced nowhere near the level of sickening dread that the people in the concentration camp barracks lived with every day.

What I came to see, though, was that for all the many differences, there is one thing that is the same about the Holocaust and the modern practice of abortion, and it is something critical:

At the root of both scourges is a particular strain of evil, the most virulent that the devil possesses. It is the kind of evil that works to take away the humanity of human beings. It whispers in the ears of one group of people that a certain other group of people are something less than human, less worthy of life because of race or religion or physical ability or age. And once this is accomplished, once a group of people have been thoroughly dehumanized in the mind of their society, evil can run wild while the populace yawns.

From personal experience, I came to see why it is so very important to always be on the lookout for this most insidious, malignant type of evil that spawned both the Holocaust and the modern abortion movement: because it is the kind that allows normal people like you and me to look at the corpses of our fellow human beings*, to know that they’re piling up around us, and shrug.