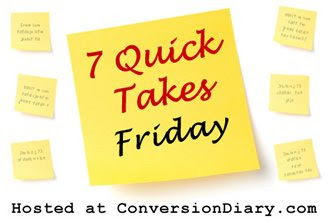 I really can’t believe that the baby will be here Monday. It’s now becoming clear that I’m not even going to be able to accomplish a small percentage of my “things to do before the baby gets here” list.

Those of you with the nesting gene might be picturing that that list is composed of lovely but nonessential homemaking tasks like “apply a fresh coat of paint to brighten up the baby’s room” or “lay out coordinating outfits to take a family portrait at the hospital.” No, my list is more like, “put sheets on the crib” and “find newborn clothes.” Oh well, it’ll all work out.

A funny kid story: my four-year-old and two-year-old are absolutely, unwaveringly adamant that the baby’s name is “Joy, ” even though that is nothing close to the name my husband and I picked out. Every time we refer to her by the name that will be on her birth certificate, they immediately correct us with, “No, it’s baby JOY!” They refuse to call her by anything else.

I’m not sure where they got the name Joy. Maybe from the new section of our pre-school homeschooling curriculum where I’m prayerfully teaching them the 12 Fruits of the Holy Spirit as part of our hour-long morning catechesis lessons?

(Totally kidding. I just wanted to see what it would be like to type that, as if I have my act together enough to have started homeschooling already. I think it’s from a baby on the cartoon SuperWhy that I sometimes turn on to numb their minds while I lie on the couch.) 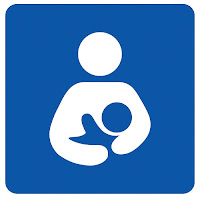 The only major thing I’m concerned about for next week is the breastfeeding issue. With every baby I have experienced two weeks of mind-bending, indescribable, unreal breastfeeding pain. I’ve worked on it extensively with four different lactation consultants and nothing seems to help. There’s no cracking or bleeding or infection or latch issues, it just seems to be an issue of deep bruising or something, and it eventually subsides after my body toughens up. (Long-time readers may remember that we discussed it a lot after the last baby here. If you’d like to offer thoughts you may want to do so on that post so that other people looking for answers can find them in one place.)

Hoping for some wisdom or at least camaraderie, I decided to Google extreme breastfeeding pain this afternoon. Guess who’s the #1 result. Not exactly what I was hoping to find.

Last Friday I was talking about how extremely politically correct my city is (#6 here). Another example that I just remembered: last Christmas I was at a grocery store and saw some delicious-looking gingerbread man cookies. I saw, however, that they were careful to label them “Gingerbread People.”

Is anyone else seriously concerned about what’s going on in Mexico?

Our families have a lot of ties to Mexico, and over the past couple of months we’re starting to see more and more emails flying around from our Mexican friends talking about how the situation down there is degenerating. For example:

Has anyone else who has Mexican friends or family noticed that the concern about the rampant crime has really picked up over the past couple of months? 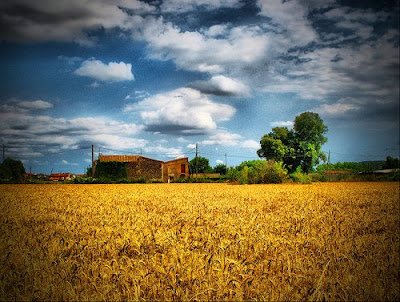 On a somewhat-related topic, it seems like more and more people are becoming interesting in self-sufficiency, taking themselves “off the grid” to live simple lives away from society. Anne Marie’s troubling post from Tuesday is a good example of what I’ve heard a lot of people express.

Even though I’m not terribly concerned about the long-term future of the economy (yet), I too am drawn to the idea of becoming more self-sufficient and living a more rural life. I even know some people who are seriously talking about going in together to get some large patches of land and have all their families move out there together.

Having a baby during Lent definitely prevents me from planning to do too much in terms of giving up or adding things — I think I’ll have plenty of opportunities to die to self and detach from my controlling ways with three toddlers and a newborn. 🙂

I’ve been tempted to get frustrated that I can’t make Lenten sacrifices on my terms, but I’m starting to realize that this might be even better. I need to remember the lessons I learned from Lent 2007: I had all these great plans of what I was going to for spiritual growth for this very important season leading up to my entering the Catholic Church at Easter, and was exasperated when it all fell apart because I got really sick. In the end, though, I saw that having my own plans for spiritual growth derailed was the best thing that could have happened to me.

« Life as an eloquent sermon
Thoughts on letting yourself get overloaded »