Why did Jesus have to die for our sins? 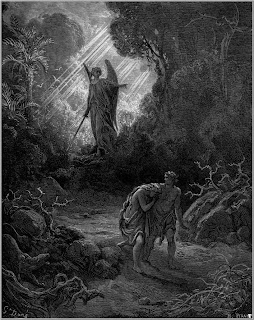 Early in my Christian journey, I often struggled with understanding why Christ had to die for our sins. This was something that believers would say to me that I had a very difficult time grasping, and when pressed, they often had a difficult time answering.

“What does that mean exactly?” I would ask. “Why did He need to die for my sins? I mean it sounds great that He loves me so much that He’d be willing to give His life, but why exactly was that necessary?”

Over the years, as I began to come to terms with the damage my own sin caused in the world, in my relationships, and in myself, I slowly came to an intuitive understanding of why some way of repairing the damage of my misdeeds needed to exist. But to be honest, I still didn’t understand very well why Christ needed to die to do this. His death and resurrection certainly seemed the ultimate example of total self-donation, but I still did not grasp at more than surface level “how” it repaired, or began to repair, the damage done.

Recently, I think I’ve begun to understand this a bit better. It started with a homily I heard in which the priest was discussing the story of the fall. What he focused on in particular was the intimacy of the relationship between God and Adam & Eve in the garden. He pointed out how they walked and talked together in the garden in friendship with one another.

This got me thinking. When we rightly see this relationship as it is, rather than terms of the master/slave mentality we all fall into sometimes, maybe we can begin to understand their sin for what it really was. It was a betrayal. Adam and Eve betrayed God and were unfaithful to the relationship they had with Him.

When one is betrayed, only the betrayed person can actually forgive, and reconcile with the other. The betrayer may be heartily sorry, may be committed to never betraying again, but unless forgiveness is extended from the betrayed, a reconciliation cannot happen. Only the offended party can truly repair the breach.

The closest analogy I can think of is marital infidelity. Indeed the Old Testament is rife with the language of Israel’s sin as being infidelity to God, so it seems a fitting analogy.

In this case, the offended spouse must give up something in order for reconciliation to be possible. That something is a bit of themselves. They must give up their justified hurt and anger. They must die a bit to themselves by once again exposing themselves to the other in a way that might just end up with them being hurt again. They must make themselves vulnerable and put their heart in their betrayer’s hands.

This is, I imagine, exceedingly difficult, and requires a level of selflessness that is astounding. To give one’s self again to the one who has betrayed you. That is real selflessness. That is a sacrifice of a part of one’s self. 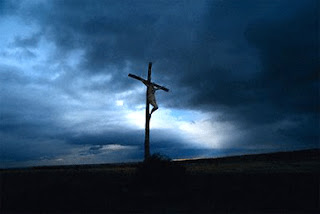 How can such a betrayal be reconciled? I can imagine only one way which makes sense. The betrayed in this case must be willing to make the ultimate act of self denial. The ultimate act is to give our entire selves, our very life, in service of repairing the breach that has been made by the betrayer.

And so maybe we can begin to see the need for the crucifixion.

This is probably kid’s stuff to those who’ve been at the spiritual life for a while, but it was helpful to me in gaining a deeper understanding of His sacrifice, and so I share it in hopes it might be helpful to someone else.