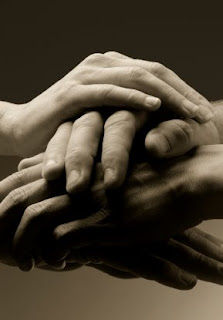 I keep thinking about Mei Fong’s heartbreaking article in the Wall Street Journal from a few weeks ago about Chinese parents who lost children in the Sichuan earthquake. One part in particular has stuck in my mind, filling me with sadness whenever I think about it:

[Zhu Jianming] and his wife Lu Shuhua, 45, had battled hardships: their first child, a son, was mentally disabled, so they were legally allowed to have a second child. Their son, Yinshui, drowned at 20. Daughter Xinyue, 14, perished in the quake…The Zhus said neighbors were avoiding them; Mrs. Zhu thought it was because of fears the now-childless couple would increasingly depend on others.

Hearing about their neighbors’ reaction reminded me of something I’ve noticed over the past couple of years:

One of the most obvious differences I’ve seen since I’ve gone from running in mostly nonreligious to mostly religious social circles is how much more life you see among religious groups of people. When I think back on the almost thirty years I spent in secular social networks, I’m struck by how comparatively quiet and sterile everything seemed. In religious circles I see so much more marriage, more adoption, more biological children, more people letting friends or relatives live with them — more crazy, messy, loud life.

In particular, the most striking difference I’ve seen in this area is when it comes to helping people in need. I’ve seen a sincere desire to help others in both my old and new social networks, but it plays out in very different ways. In the secular crowd people might volunteer at soup kitchens or organize aid programs for the needy, the most dedicated might even join the Peace Corps. The Christians, I noticed, volunteered and did aid programs and went on international missions as well, but they crossed a line that I almost never saw crossed in the secular world: they were willing to help others by letting them become intimately involved in their own lives.

The first time I noticed this was when my husband and I observed that since our conversion we knew of so many people who were considering adoption not only as a way to bless their own lives with a child, but as a way to help a child in need. Adoption of older children, adopting children when there were already multiple biological children in the family, adoption of children with special needs were all virtually unheard-of in my old secular circles, but not uncommon at all in my new religious circles.

For many months I was puzzled by this distinction. The people I knew in both social circles were “good people, ” but there was a level of serving others that I almost never saw among nonbelievers that I regularly saw among believers. Then, one day when I was thinking about that Wall Street Journal article, remembering what it was like to be a nonbeliever myself, I realized what it was:

When I was an atheist and hung out with mostly atheists and agnostics, the way we helped people was through controlled circumstances, systems that ensured that there was a clear line separating their lives from our own. We wanted — in fact, needed — our interactions with others to be safe and finite, with clear parameters on what we were expected to give.

This mentality makes perfect sense: after all, our biggest problems in life often come from other people. The more you allow someone else into your life, the more there’s the potential for them to screw it up. What if you adopt a child and they end up behaving badly and costing you tons of mental and financial distress? What if you mentor a troubled child and he ends up being a bad influence on your children? To use the example from that article, what if you’re very poor yourself and you offer to help a couple who has just become childless but they end up latching onto you and taking too many of your resources?

It’s too risky. The safest, most reasonable thing to do is to allow just enough people into your life so that you’re not lonely, and to carefully guard the intermingling of any other lives with your own after that point.

Based on the way I have changed since my conversion, and observations after living in both heavily atheistic and heavily religious circles, I’ve come to believe that to live any other way is virtually impossible without God. To use a very small-scale example from my own life, when I first met the neighbor girls, even after I got over the anger about them ringing my doorbell, I was hesitant to let them into my life. I would peer out the window, see them meandering down the street with no place to go, and tell myself that I’d love to help but I just can’t. I know they need love, but there’s only so much love I have to give. Besides, what if they end up at my house all the time and I can’t get them to leave? Too risky.

And I was right. I saw what everyone sees when they consider welcoming new life into their homes: on my own, there is only so much love I can give; there is so very little that I can offer to other people, and there are so many things that could go wrong.

But when you turn to God, you find that you have access to the very Source of infinite love, that, through him, you have more love to give than you could have ever imagined. And, as many believers can attest, you find that God blesses few things as much as he blesses the addition of new life to your own.

I believe that this is one of the reasons, as Jason Berger pointed out the other day, that willingness to accept all different sorts of life was one of the main things that made the early Christians stand out from their pagan neighbors. The fact is that, by default, we fear new life, especially “imperfect” life, and we fear it for good reason. On our own it’s just too difficult to let other people wander into our lives under anything but the most tightly controlled circumstances.

From my own experience, I believe that some of the most compelling evidence of God’s work in the world today is that, with few exceptions, it is only people who have faith in God who have overcome fear of life.