Talk to me about the Psalms 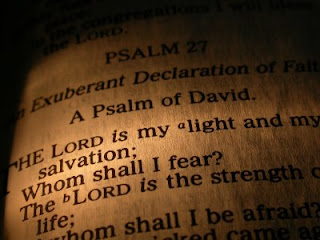 I’ll be on the road heading home from our trip to Houston this afternoon, so I thought I’d let you guys do the talking today. Here’s what I’d like to get your thoughts on:

Ever since I started praying the Liturgy of the Hours, which is centered around the Psalms, I’ve realized that these ancient songs don’t seem to resonate with me as strongly as they do with other people. I do appreciate the way they chronicle the highs and lows of the human experience, but a lot of times I just don’t know where the psalmist is coming from, and some of them seem to go against Christian teaching (e.g. the psalmist asking God to smite his enemies in Psalm 69). I realize that we Christians believe that, as part of the Old Testament, the Psalms need to be understood in light of what God revealed in the New Testament…but I guess I don’t understand why they continue to play such a big part in Christian prayer then.

Anyway, I know that the problem is me and not the Psalms; believers have found deep inspiration in them for thousands of years, so I’m clearly missing something. Anyone have any thoughts? How can I better appreciate these sacred poems? (As always, book recommendations would be great.)

« Faith on display
How to build traffic to your blog »