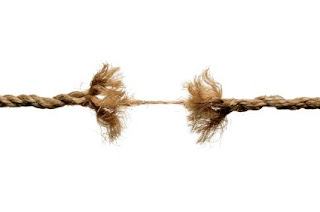 When we found out that all our paperwork was approved and we’d be hosting a Kidsave child this summer, one of the first things I thought was that I was going to have to work on patience. I had always thought of myself as a fairly patient mom, especially considering my circumstances with four kids under five, yet when I thought of how my daily behavior might seem to a child who didn’t know me well — who may have even experienced abuse* — I realized that things were going to have to change.

At least a couple times a week the chaos of our house causes me to lose my cool, acting in a “red zone” frame of mine where my actions are driven by boiling emotions of anger or fear or frustration rather than being driven by reason and love. I end up doing things like yelling at the kids or using a sharp tone of voice with anyone unlucky enough to be in my path, sometimes also being extra forceful with my body language by slamming drawers shut or making a bunch of racket while putting dishes in the sink.

Until recently I told myself that my actions aren’t all that bad, and that, besides, this is really the best I can do given all the chaos around here. I saw losing one’s temper on a semi-daily basis as part and parcel of having a bunch of little kids, and figured that I couldn’t expect to do any better than I’m already doing — there’s only so much one person can take, after all!

But when I thought about the prospect of a child living with us who might have experienced physical abuse, the calculation changed. I’ve only had limited experience with people who have tendencies toward violence, but I know enough to know that seeing them get into that “red zone” strikes terror into your heart because you never know when they’re going to start swinging. Obviously my friends and family know that I would never do anything like that, but the Kidsave child would have no such assurance since I would be a total stranger to her.

Realizing just how frightening it could be for a new child in our house to see me slide into that “red zone” state of mind (especially an orphan, with no one to protect her other than the state) I resolved to keep my cool no matter what. Even on those days when all my children seem to be doing some kind of tag-team whine/scream/throw temper tantrum game and I can’t even get one second of silence and I find marker on the wall and it takes an hour to complete the simplest task like changing a load of laundry, I would at least pretend to be in a calm state of mind. My blood might be boiling on the inside, but I would not let it show on the outside.

Sure enough, I don’t think Rita had been here 48 hours before I got my first opportunity to put this commitment into practice. The first few days she was here my three toddlers pushed limits in a big way and the baby was uncharacteristically fussy, more than once leaving me feeling so frustrated that I felt like my head was going to explode.

But a funny thing happened when I was forced to act like a patient person: I actually started to become a little more patient.

Not having the smoke-and-mirrors option of continuing to raise my voice and have a hissy fit until I got my children’s attention, I was forced to follow through more and threaten less. I realized that that tendency toward yelling been borne of laziness as much as anything: it’s easier to make a bunch of noise than it is to, say, drop what you’re doing to take a recalcitrant toddler to time out and make sure he stays there. Now that I was forced to put in the hard work of actual follow-through on discipline, it slowly started to become a beneficial cycle: my children started to see that the new, less noisy mommy was actually going to do what she said she was going to do, and they started to listen a little more when I warned of consequences, lessening the need for yelling in the first place. I also noticed that it seemed like the knowledge that I would not be willing to act out those feelings of frustration and anger made them less likely to come up with their usual intensity in the first place.

But I noticed something else as well, a lesson that was as surprising as it was humbling: patience is a choice. Obviously I’ve always known that I have free will and am responsible for my own actions, but I had subconsciously harbored this vague notion that sometimes things get so frustrating and chaotic and difficult that you’d have to be a superhero not to lose your temper and at least stomp around the house a little bit. And yet, in these weeks of being in a situation where that is simply not an option, with the grace of God I’ve been able to do it. It’s been painful — after all, sometimes it feels soooooo good to let the world know just how much it’s annoying you — but, even when my emotions raged within me, God did give me the resources I needed to respond with calmness almost every time frustrating situations arose.

I think that vague feeling of not being in control holds me back more than I realize. Though I give lip service to knowing that I always have the choice to do the right thing, too often I secretly feel as if I practically have to yell or gossip or make snide comments or commit any number of other sins to which I’m prone because extreme external circumstances forced me into it. This experience has made me start to wonder if maybe one of the biggest things that differentiates the saints from the rest of us is simply the willingness to face head-on the reality that, with God’s help, being a saint really is a matter of choice.

* Due to privacy concerns I should clarify that I’m not saying that Rita has or has not come from an abusive background; this was my thought process before we were even matched with a child, based on the knowledge that sometimes children in the Kidsave program have experienced that.