Having nothing to offer 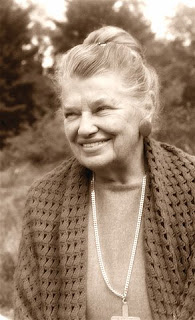 Today is day six of our experience as Kidsave hosts, and so far almost everything is going well. I say “almost” not because there are any problems with Rita — she is delightful — but because I’ve been surprisingly stressed about making sure that she has a good time this summer.

All the other families are sending the kids to all sorts of fabulous day camps all summer, and I haven’t been able to get anything like that together for a variety of reasons (limited budget, limited ability to leave house with car full of crazy toddlers, doesn’t make as much sense for us since we have an at-home parent, not sure what she’d like, my own negative memories of summer day camps fit for a B-grade 1980’s movie that make me freeze up any time I think about it, etc.)

In my more neurotic moments I feel like I have nothing to offer her. I worry about Rita comparing her days to those of the other Kidsave kids, wondering what horrible thing she must have done in a past life to get stuck with us. Though we are doing our best to make sure she has a great summer, what our best looks like is more humdrum and involves listening to a lot more screaming than what others could give. I’m not able to spontaneously hop in the car and take her somewhere interesting, we need to be home in the afternoons most days for the kids’ naptimes, and I’m often distracted by dealing with some chaos involving the little ones. In my almost hourly temptations to get worked up about how little we can offer her, I have taken great comfort in something I read in Seven Storey Mountain a few months ago about Baroness Catherine Doherty.

Thomas Merton describes how everyone who met her was entranced by her presence. Recalling an occasion when he saw her speak to two priests, he writes, “What impressed me most was the effect she had on these priests. We had been sitting around the station, bored, complaining of this and that situation in the world. Now they were wide awake and listening very attentively to everything she had to say.”

He emphasizes the Baroness’ incredible presence in more than one part of the book, explaining how people were drawn to her like moths to light. And yet, in a worldly sense, she had nothing to give. She had no money, and was “dressed in clothes that were nondescript and plain, even poor. She had no artful way of walking around, nothing for the gallery.” And yet, he writes of another time he saw her speak, “the impression she was making on that room full of [people] pervaded the place with such power that it nearly knocked me backwards down the stairs which I had just ascended.”

If she didn’t have any great speaking tricks or affectations, what was it that made people come alive to such a great degree in her presence? Merton offers the disarmingly simple answer when he recounts the time she spoke to the two spellbound priests:

What was it that she had to offer them, that they did not already posses? One thing: she was full of the love of God; and prayer and sacrifice and total, uncompromising poverty had filled her soul with something which, it seemed, these two men had often looked for in vain in the dry and conventional and merely learned retreats that fell to their lot. And I could see that they were drawn to her by the tremendous spiritual vitality of the grace that was in her, a vitality which brought with it a genuine and lasting inspiration, because it put their souls in contact with God as a living reality. […]

It is a tremendous thing, the economy of the Holy Ghost! When the Spirit of God finds a soul in which he can work, He uses that soul of any number of purposes: opens out before its eyes a hundred new directions, multiplying its works and its opportunities for the apostolate almost beyond belief and certainly far beyond the ordinary strength of a human being.

What was it that she had to offer them?…She was full of the love of God. I have thought of these words over and over when I have felt like I have nothing to offer Rita, finding consolation and peace in the example of the Baroness. It reminds me that I need to stop focusing on how to force more activities into our days, stop comparing myself to other people with different means, and start focusing on what I can do, and what matters. If Rita has missed out on anything important so far in her visit it’s not from a lack of thrill-a-minute activities, but from a lack of God’s love working through me, blocked out by anxious fixations on how impressive our calendar looks. It’s powerful yet daunting to realize that, if I were only willing to do it, to die to self enough to let it happen, I can always, no matter what my circumstances, offer other people the one thing they need and want most: the love of God. And if I were only to let God’s love pour out through me, I would go from having nothing to offer, to having everything to offer.