I am honored to post the final installment of my interview series with a couple named Kimberly and Jimmy who are adopting HIV-positive children from Ethiopia. If you haven’t read Part 1 or Part 2, see the links above. 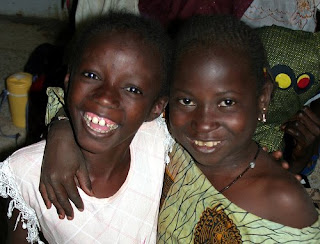 Q: What kind of life expectancy do your children have?

The beautiful thing about this question is I don’t have an exact answer for you. At least not in the way that people with HIV/AIDS used to get answers — answers along the lines of “you have a few months.” Or one year. Or a few years. Now, treatment is getting so much better, medical advancements are occurring so rapidly, that the medical community just doesn’t know for sure how to quantify life expectancy.

The best general answer for HIV-positive people on medication is now “near normal lifespan.” Which amazes me. I mean, how often is HIV still thought of as the worst possible disease you could get? And yet, in reality, HIV is not a death sentence but a chronic, manageable disease, one that’s often considered more treatable than Type 1 diabetes. In fact, one recent study projects that a 20-year-old HIV-positive person starting antiretroviral (ARV) therapy today can expect to live, on average, to the age of 69.

Why don’t more people know this?! I’m not sure, except that it’s perhaps a testament to the power of stigma — stigma that needs to be done away with, once and for all.

Q: What kinds of reactions do you get when people hear that you’re adopting HIV-positive children?

I will misappropriate a metaphor here because it describes so well what people’s first reactions typically are: “shock and awe.”

Shock is usually the predominant reaction, as most people simply have no idea that adoption of children with HIV is possible or that anyone would want to do it. The (largely) unspoken question that arises most frequently is “Why would you want to adopt a child who is going to die?” Of course, my husband and I know that with access to medical treatment here in the U.S., our children most likely will not die but live long, relatively healthy lives. Yet the vast majority of people, even educated people, are unaware of the facts about HIV and HIV treatment, and are thus simply stunned by the thought of adopting children with HIV.

Of course, there are those few people whose shock turns nasty. I’ve read plenty of blisteringly awful comments on the internet, but thankfully, we’ve had to deal with very little deliberate vitriol in real life. Because so many people are ignorant about the facts of HIV, most negativity we’ve encountered about adopting HIV-positive children stems simply from ignorance, not from prejudice. For example, “Could your child infect my child in school/at the playground/etc.?” (No. HIV cannot be transmitted through hugging, kissing, touching, sharing toys or objects, etc. Unless our children are doing IV drugs together on the swingset, transmission is simply not possible.) “Won’t you be a burden on the taxpayers?” (No. Before you’re allowed to adopt, parents must document their financial situations in full and prove that their health insurance will cover their children.) And so on. We’re always happy to inform people of the truth because it should alleviate their concerns. However, when people choose not to believe the truth, when stigma overrides fact, evidence, and all the best medical science of the last two decades, it can be frustrating.

Also frustrating, but in a different sort of way, is the “awe” reaction that we often get. In a sense, it’s just as uncomfortable as the shock reaction. Once people hear that we’re adopting children with HIV, most folks then view our adoption as some kind of extraordinary act. Even after we’ve educated them about HIV and how we’re not adopting children that will die in a year, people still react with amazement and a gush of, “Oh, I could never do that!” — as if my husband and I must be made of some stern stuff beyond the average mortal.

This could not be further from the truth! We are ordinary people — not wealthy, not powerful or influential, not even especially pious or exceptionally faithful. (I am no Mother Theresa, I assure you — and my husband would no doubt assure you of that, as well!) Rather, as I see it, we are ordinary people to whom God presented an extraordinary opportunity. And we ran with it.

Which is not to say that we’ve always run the race smoothly and straightly. While I have never doubted our call to adoption, throughout this process I have regularly doubted God about how the details would ever work out! Even when He has given me ample evidence of His faithfulness, I often find myself like the father of the spirit-possessed boy in Mark 9, crying out to Jesus, “I do believe; help my unbelief!”

And, thank God, He always does. Over and over again, He has shown us that we can rest easy in His character and how He wants us to live: fearlessly. “And so we know and rely on the love God has for us. God is love. Whoever lives in love lives in God, and God in him…There is no fear in love. But perfect love drives out fear” (I John 14:16 & 8a).

Q: Are there any final thoughts you’d like to leave us with?

If my husband and I — everyday people who believe, yet too often need help with their unbelief! — have managed to stay the course, why not others?

More than anything else, I would like this interview to be an encouragement to other ordinary believers to pursue the extraordinary opportunities God presents them with. If that’s adopting a child with HIV, wonderful! But even if it’s not, even if your journey has nothing to do with adoption or orphaned children, my prayer is that you would feel encouraged to follow it.

Because I’ve learned that while perfect faithfulness should be what we all aspire to, one-foot-in-front-of-the-other faithfulness is often the best I can give, and thankfully, it’s often enough. You do not need to be extraordinary; you just need to keep going. As I daily remind myself, I may not know where the path I walk is headed, I may be fearful along the way, but I know Who walks beside me. And all roads walked in faithfulness lead to Him.

A huge thanks to Kimberly and Jimmy to sharing their lives with us. Please keep them in your prayers, and if you enjoyed this series, please leave a comment to let them know!