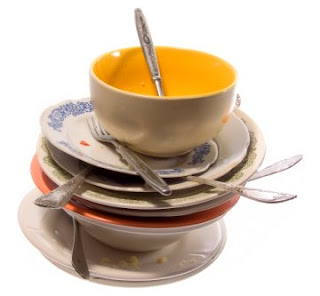 Early on in my conversion, I was totally freaked out by the idea that the devil can lure you away from God by putting good ideas in your head. “What?!” I thought. “That is so unfair! How can we ever grow in holiness if we can’t even count on good actions to actually be good?!”

Yet I quickly saw how easily it could happen. As soon as I became involved in religious circles I heard archetypal stories of people treating others with scorn in the name of getting more prayer time, parents hardly seeing their children because of over-involvement in ministries, and spouses spending more time with prayer groups than with one another.

I thought that I’d learned from these examples and was all set. I wouldn’t sign up for too many ministries or neglect the kids for prayer time. Done. A few months later, however, I realized that the devil had found a perfect way to lure me down the wrong path in pursuit of faux holiness: reading and writing. As an introvert and spiritual slacker, I was never all that tempted to sign up for group activities or pray too much. But I can’t tell you how many times I was tempted to snap at the kids for interrupting me while I was working on a blog post that I was convinced was going to bring SO MUCH glory to God, or felt drawn to read some spiritually edifying book well into the night that would leave me exhausted and grouchy the next day.

It was clear that I was wide open to this kind of temptation on a larger scale as well. I’m a natural dreamer with a love of drawing up big plans, and I could see how easy it would be for the devil to convince me to slowly but surely begin neglecting the people around me in the name of starting some “very important” project that would be “so good” for God.

So what could I do?! Just as I was feeling doomed to unwittingly stray away from God by following “good” inspirations that would end up negatively impacting my life or the lives of my loved ones, I came across a three-word nugget of wisdom that would end up being one of the most helpful pieces of advice I’ve ever heard:

I don’t remember where I first heard it (perhaps from the wonderful Francis de Sales?) but the idea is that each of us has a clear set of duties that we must attend to, the details of which vary by state of life. For example, every Christian is called to show love to others, avoid sin, respect his or her parents, etc. But we all also have a set of duties that comes with our primary vocations (the most common vocations being to the married life or consecrated religious life), and a legitimate call from God would only strengthen our ability to carry out those duties. For example, a parish priest would never be called by God to do something that would make him feel burdened and resentful about his service to parishioners, a husband would never be called to do something that would mean neglecting his wife or children, no Christian would be called to pray instead of lending aid to someone in urgent need, and so on.

Once I understood this, so many things in my spiritual life became clear.

First of all, it’s allowed me to see God’s hand at work in my life much more clearly than when I was insisting on bull-headedly following whatever I perceived to be a call from God. Many times I’ve felt frustrated that God seemed to put some desire on my heart that was practically impossible to complete given the restrictions of my vocation (a recent example being my great consternation when my fourth pregnancy derailed my plans for the book I felt called to write). Too often I’ve insisted on forcing through my plans for holiness at the expense of my duties — and almost every time all those big plans end up fizzling in front of me, leaving me in a worse place than where I started. Yet on the occasions that I’ve managed to be obedient to my duties first, it’s been stunning to see how God has opened one unlikely door after another to allow me to fulfill those desires within the constraints of my vocation.

It’s also helped me deal with “honeymoon burnout, “ i.e. when something I’m called to do is no longer fun anymore and I’m tempted to move on to another, newer, more exciting way to bring glory to God. For example, I have been clearly called to welcome our neighbor girls into our home, and for a while it was different and interesting to have a houseful of kids here every day. Now that it’s been going on for over a year, however, there are days when I’m tired of fixing lunch for so many people and sick of the constant noise level and am sorely tempted to kick everyone out so that I can start up some new, supposedly more holy project. But reminding myself “duty before holiness” (as long as my duty to the girls doesn’t negatively impact my primary vocation, of course) helps me do what God has called me to do here and not jump ship for a “better” way to serve God.

And, oddly enough, I’ve found this concept of obedience to duty to be liberating. I no longer need to spend so much time deciding what holiness looks like, and I no longer feel plagued by the fact that I am so easily tempted away from God by “good” inspirations. I’ve found rest and peace in the knowledge that what God wants first and foremost is that I simply, lovingly fulfill the basic duties he’s set in front of me as a wife and a mother. Now when I get those sudden inspirations to go lose myself in Word of God just when it’s my turn to tackle a sink overflowing with filthy dishes, I can know with confidence that if it is a legitimate call from God, it can wait until the dishes are done.