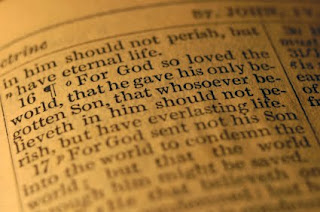 One of the things I most looked forward to as part of the Christ Renews His Parish retreat the other weekend was simply the opportunity for a leisurely confession. There are always so many people in line at our parish’s confessional that the priests have little time for extra spiritual direction. For weeks I’d been eager to have the opportunity to chat with a priest at the retreat and get his insights on some things I’d been struggling with.

But when the big moment finally came, I was wiped out.

It had been a grueling past few weeks, I’d been up since 5:30 in the morning, and I was tired almost to the point of physical collapse by all the activity involved in the retreat. Then, when the priests first started arriving, one of them gathered us to make an announcement: one of the men who was supposed to be there, a priest named Fr. Francis whom I had heard good things about, would not be able to come because he’d just found out that both his niece and his nephew had been killed in a horrible car accident.

The news of that level of tragedy was the final blow to my morale. It triggered one of those “the world is such a terrible place” moments where I felt overwhelmed by all the potential for suffering and loss that exists in the human life. I waited for my confession in a mournful daze.

When my time finally came I walked down a hall to see that they’d closed the women’s bathroom so that the tiny space outside could be made into a makeshift confessional. The priest was a kindly Pakistani man who said little as I settled into the chair across from him, next to a plastic table with a Bible and some Kleenex. We greeted one another in the name of Christ, and my confession began.

After I recounted my sins he began to give me advice, and all my pent-up stress started to rush out of me as if I’d taken some sort of medication. The Holy Spirit couldn’t have been more palpable if he’d pulled up a chair and sat down next to us. I could barely resist jumping to my feet and shouting my thanks to God for this amazing experience. It was partially because the priest’s words had a surgeon’s accuracy in terms of their healing effect on my soul, but, mostly, it was simply his joy. He just had some something, some essence that is impossible to put into words, a kind of mighty, unshakable joy that permeated all his actions down to his smallest mannerisms. The slow, confident way he reacted to things; the timeless wisdom of his advice; the ease of his smile; the love in his words, especially when he talked about God — it all spoke of the sort of rock-solid peace that would have given me pause if I’d encountered it when I was an atheist.

After the confession I turned around to look at the sign on the wall outside his confessional, wanting to know the name of this man whose love of God was so contagious that it had infected me despite myself. I stopped in my tracks when I saw the hand-written letters: Fr. Francis.

I grabbed one of the coordinators and asked her if there were two priests schedule to be here with that name. She said that there were not. This was the priest who had just lost his niece and nephew. He had made time to stop by our retreat and hear confessions before he went to the airport to go be with his family.

One of the reasons it’s taken me more than a week to write about this is simply because I knew there was no way I could ever convey what I felt when I realized that the priest whom I had spoken to was Fr. Francis. It will have to suffice to say that I didn’t even respond to the coordinator; I just turned around, went to the candlelit Adoration chapel, slid into a pew, and began to sob.

And I kept sobbing, even after almost everyone else had left to go back into the main room.

A few of the other women came to check on me, each putting an arm around me and saying, “It’s okay.” I wasn’t really in a position to explain it at the time, but that was actually why I was crying — because it was okay. My tears were tears of overwhelming relief and gratitude, the sort of tears you might cry if someone to whom you owed a lot of money not only forgave your debt but handed you a million dollars. I had been given a priceless reminder, in the form a priest filled with love in the midst of his own hour of suffering, that while the grief we feel at the tragedies of this world is legitimate, we should never forget that the truth of the Gospel is essentially the truth that the sad saga of this world has a happy ending — in fact, it’s the happiest ending imaginable.

I’m not suggesting that the kind priest was in a great mood or didn’t feel horrendous sorrow at the loss of his loved-ones. I doubt he was “happy” in the sense of experiencing an emotion. But what I did witness, there in that most ordinary setting under fluorescent lights in the makeshift confessional by the bathroom, was something far more powerful than happiness: the deep-rooted, undefeatable joy that can only come from an encounter with God.

NOTE: I changed the name of the priest in this post in case there are any privacy concerns.

« "I want to homeschool, but I’m afraid"
Rewrite »