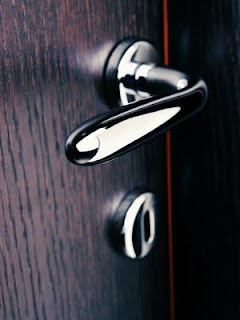 On Saturday, my long-awaited break finally arrived. Regular readers know that for a couple weeks now I’ve been desperate for some time to get away from it all to recharge my batteries both spiritually and physically, and that my efforts in that department kept falling through. Just when I felt like I was getting close to some kind of breaking point, my husband arranged for me to get out of the house for a couple hours on Saturday.

I was so excited I was giddy, and I knew exactly where I was going to go: our church’s Adoration chapel. Eucharistic Adoration is almost always a time when I hear God “speak” to me in a very clear way, and even on those occasions when I don’t feel his presence, I always walk away with a great sense of peace.

I felt certain that this is exactly what I was meant to do with my limited free time that day.

I walked up to the Adoration chapel with a spring in my step, overwhelmed with gratitude for this free time to pray and reflect in such a sublime environment. I entered the little hallway outside the Adoration room, crossed myself with holy water, and went to open the door.

I tried it again. It wouldn’t budge. I peered through the window and could only see one lady who seemed to be lost in deep prayer. I jiggled the handle conspicuously but she didn’t seem to notice. I walked outside, double-checked to make sure that this wasn’t the door that they sometimes lock for security reasons, called some friends to ask if they knew of any reason the chapel would be closed, then went back in and tried the handle again.

I poised my hand to knock loudly to alert someone to open the door, but then remembered that there is a reason that I am the #1 Google result for socially awkward person.

Knocking might work out just fine for other people, but, alas, it would be exactly the type of thing that my husband refers to as a “Jen Moment” if it turned out that there was actually some very sacred, private event going on inside and the people whose ceremony I had just interrupted with my aggressive knocking let me in to be polite but then it was totally weird because I wasn’t supposed to be there anyway and…well, you get the idea.

I stood around and agonized about it for another minute, tried the handle one more time, and walked back out into the parking lot.

I know, it’s not exactly the worst thing that has happened in human history, but I was crushed by this turn of events. In addition to being exhausted after Rita’s visit, an unexpectedly high-energy retreat and all the daily chaos that comes with having four kids under age five, there had been four occasions in the previous week where it looked like I was going to get a break and then plans fell through. This was a last straw for me.

Of course I didn’t have to be inside that chapel to get in touch with God, and there were other things I could have done to relax, but it had been really important to me to go to Adoration — it had even seemed like a desire that God put on my heart for a reason — and I was extremely disappointed that yet another thing had not worked out, especially for a reason as bizarre as the chapel being locked during a time when it was supposed to be unlocked.

“I give up!” I groused in God’s general direction. I was so tired and frustrated that I began to feel tears sting my eyes. I didn’t even want to do anything else. I would just sit in my car and cry exasperated tears for a moment, and then go home and sulk.

I had just fished my car keys out of my pocket when I saw a white car pull into the parking space next to mine. The doors flew open and out stepped four young nuns, in beautiful head-to-toe black and white habits. I felt a twinge of joy (I’ve mentioned before that my heart always swells whenever I see consecrated religious men and women) but quickly reminded myself that I was having a bad day and I had no time for smiling at nuns when there was so much self-pitying to be done.

I glanced at my car, just sitting there waiting for me to get in and cry, then back at the nuns. I had a vague feeling that I should talk to them…but I was soooooo not in the mood. I hesitated for a moment, then decided to do it. “Excuse me, sisters, ” I called out as they began to walk away, pushing up my sunglasses so they couldn’t see that I’d been crying. “Do you guys know if the Adoration chapel is open?”

They didn’t know, but we ended up standing around and chatting for a moment. A chill ran through my body — like, I literally broke out in a cold sweat — when they ended up giving me a key piece of information regarding something I had been praying about the day before. It’s something I’m still discerning so I don’t want to go into the details right now, but suffice it to say that running into these sisters was a direct answer to a very specific prayer I had said the day before.

After we said goodbye, as I watched them walk away I glanced over at the Adoration chapel. “Could it be…?!” I thought. “No way.”

Could it be that the door was locked because I was meant to talk to those sisters? Were we meant to meet that day and God arranged for the door to be locked to stall me, because they hadn’t arrived yet? I laughed at the silliness of the thought and started for my car again. But then I stopped, turned around, and decided to give it one more try. “If that door is unlocked now…I am going to freak out, ” I thought.

Back in front of the door, I crossed myself with holy water again, took a deep breath, and pushed down on the handle. There was no resistance. I pressed it all the way down in one fluid motion, and the door to the Adoration chapel swung open.

When I finally experienced the long-awaited moment of settling into a chair in the lovely, silent chapel I felt tears well up in my eyes again, but this time for a different reason. I was gushing with gratitude not just for God allowing me this time of rest and peace, but for the lesson he allowed me to learn.

As I thought about the events that had transpired out in the parking lot, I realized that the turning point of the story was not when the nuns arrived or when the door was unlocked; it was when I made the choice not to despair. I’d come so close to withdrawing into myself, erecting an impenetrable wall around me, shutting off both God and the world so that I could stew alone in my hurt and disappointment. It was only by listening to that still, small voice that told me to reach out to the sisters despite my sadness — as tempting as it was to ignore it and just go sulk in the car — that I was able to see God’s hand at work in the midst of a frustrating situation.

Of course it could all be a great coincidence — I’m not claiming to know with certainty that God directly inspired someone to get up and lock that door — but, either way, the situation taught me an invaluable lesson that I’ll carry with me always, one that I hope I’ll remember when faced with trials much larger than this minor inconvenience. Throughout my conversion I’ve thought (and written) a lot about what it means to live God’s will at each moment, even when it seems like things aren’t going your way. What I learned Saturday afternoon is that one of the most important things you can do to stay on track with where God wants you to be is simply to not give up, to reject the temptation to despair.