Dying to yourself…to find yourself

I am consumed with putting the finishing touches on a new table of contents for the big rewrite today, so here’s one from the archives. It was originally published on April 14, 2008. Hope everyone is having a great Labor Day! 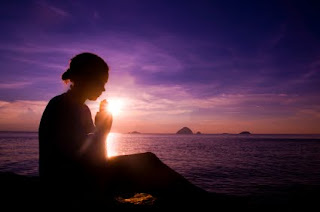 Speaking of Christian concepts that used to baffle me, the idea of “dying to self” was high on that list. This concept was one of the first things I got from reading the New Testament and books by Christian authors, and, honestly, it sounded kind of depressing. There were surely some good things about me, and it seemed a shame to have to get rid of it all. I eventually understood that it is only by dying to self that we show Christ to others, which did make it sound more appealing. But even then I pictured that if all Christians were to completely die to themselves and be perfectly Christ-like, that we’d all basically be identical drones. I thought of all the different talents and personality types out there — poets, artists, engineers, comedians, etc. — and it seemed sad to whitewash all those unique characteristics.

I thought this instruction was so odd, in fact, that I would sometimes wonder what kind of weird religion this was that I was exploring here.

“How could a good religion tell people that they’re bad, that they need to die a death of sorts in order to grow closer to God?” I’d wonder. It was only because I had an overwhelming amount of evidence in favor of this belief system being the box top to life that I was willing to move forward and set aside my concerns for the time being. It was probably one of my first leaps of faith.

Slowly, I began to understand that to die to self was to die to the willful, selfish, sinful parts of ourselves; to let go of our plans and what we want to do based on comfort and convenience. Even this, though, sounded dangerous. The skeptic in me had to wonder: if I attempt to empty myself of all these lifelong tendencies that are supposedly sinful, if I set aside my to-do lists and goals spreadsheets and make no plans for the future, what will be left? Isn’t that a recipe for ruin?

I was surprised to find that it was not.

As I slowly began to empty myself of so many of the things that composed life as I knew it — my plans, my goals, many of my habits, (what I thought were) ingrained personality traits — I found that I was not left empty. Rather, there was immediately Something there to fill me up, Something whose presence increased as life as I knew it decreased. But there was something else there as well, something that had been lost that I’d never tried to find:

I’ve mentioned that in the past I sometimes thought of “finding myself, ” but I thought of it in terms of finding what I should do with my life, what I should accomplish. It didn’t occur to me that there was some other, more pure version of myself than the one I already knew. Perhaps because I never used to believe in the soul, I always figured that the chemical reactions that fired in my brain at any given moment were “me, ” that there was no one set of chemical reactions that represented my true self more than any other. It’s been with some amount of surprise, then, that I’ve begun to see that the process of dying to self is a process of stripping away layers of sin encrusted with selfishness, and that glowing underneath all those layers is the true, complete version of who I was designed to be — the real me. That’s probably another reason I feel younger these days: the closer I get to God, the closer I get to the original version of myself.

I now see “dying to self” not as something a person does because he thinks he’s bad; it’s something he does because he knows he’s good, and wants to find the Source of all that is good. It’s not a whitewashing of unique characteristics, but the shining of Light through them to make them more beautiful and true. Dying to self, I think, is a purging of all that is not love; it’s a process of breaking down the walls that block out Love himself; it’s a way — the only way — of truly finding ourselves.

(And in case anyone’s wondering, that’s not me in the picture relaxing and prayerfully reflecting on some beach. It’s from iStockPhoto.)