Who fills you up? 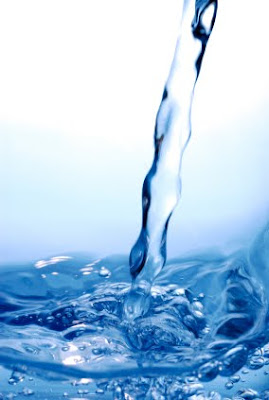 A while back I was on the way to an event and suddenly became on fire with the idea of showing Christ to the people who would be there. I know that’s something I’m called to do all the time, but for some reason on this particular morning I experienced a moment of clarity where I realized just how beautiful and powerful it would be if every one of us who considered ourselves Christians went through our days just showering everyone around us with the love of God. My mind flashed to all the saints who changed the world around them with little more than the joy and peace and love that people experienced in their presence (St. John Vianney came to mind), and I was filled with inspiration.

I walked into the house ready to just bless everyone’s socks off (as we say in the South). It was a playdate-type event with three other women and their children, and when the hostess answered the door I greeted her with a beaming, warm smile and thanked her for hosting.

The hostess, a woman I’d only recently come to know named Sharon, didn’t really smile back. There was something odd about her body language, as if she were in the presence of someone she didn’t want to be around.

There were two other women there, Samantha and Charlene. All of us had originally met through the same organization, but the three of them had seemed to really hit it off and had become close friends; occasionally they’d invite me to their events as well, such as this day. As I got settled Samantha and Charlene were engrossed in a conversation and greeted me with brief nods when I said hi.

The entire time I was there I just didn’t feel like I fit in. Sharon continued to act a little wary around me, and Samantha and Charlene kept chatting and laughing at inside jokes without bringing me into the discussion. At one point I had gone outside with the kids, and when I came back in the three of them were talking about starting a women’s sports team. I was thinking of how I could explain to them that my sport of choice is walking to the mailbox and therefore I wouldn’t be able to join them, but they never did invite me. By the time the conversation opened up for all of us to chat, about an hour later, I was feeling defensive and irritated. I ended up acting stand-offish, passing up opportunities to connect with any them by speaking in mostly one-word answers.

Now that I’m removed from the situation, it’s not hard to see that it was clearly just some kind of misunderstanding on my part. I mean, if they didn’t like me, why would they have invited me over? If nothing else, I didn’t even know them well enough yet to have done anything to offend them. Though I never have clicked with any of them the way they click with each other, other than that one day they’ve never acted towards me in anything but a friendly way.

What is interesting about the situation, though, is how their actions (my perception of them, anyway) impacted my big plans to show Christ to the world. If you could have seen a video of my own body language throughout the morning, you would see it change from warm and open to cold and withdrawn. By the time I left I was hardly giving anyone eye contact, had my arms folded across my chest and a tense, plastic half-smile on my face. In the end, they saw very little of Christ from me that day.

A few days after that playdate, I heard some news about Sharon and Charlene. It turns out that Sharon had some serious personal problems that were coming to a head on the day of our playdate, and I found out that Charlene has been battling a medical condition for years that had been really getting her down lately. I immediately thought of the way I’d felt on the drive over to meet the group that morning, now knowing that at least two of them were in bad places in their lives and could probably have used an extra dose of warmth, and it occurred to me:

That probably was the Holy Spirit giving me a special prompting to shower them with love that day!

But I didn’t. And for the past few weeks I’ve been thinking about why.

I eventually realized that the problem was that I was requiring love from them first before I could show them love in return. I was dependent things like smiles and feelings of inclusion to fill me up, to give me confidence and strength. And when I didn’t get it, I withdrew.

The more I’ve thought about it, the more I’ve realized I do this all the time. If any of the people I encounter on a daily basis — whether it’s strangers, friends or family — are less than welcoming to me or do anything that I perceive as rude, whether I’m correct with that perception or not, it impacts the level of love I am able to show them. For example, it was a big part of what was responsible for the uncharitable assumptions I made about the woman in my recent movie theater post, as readers rightly pointed out in the heated discussion that followed.

What I’ve learned from all this is that having the desire to show Christ-like love to the world around you isn’t enough; to actually do it, you must first stop needing the world to give you something — anything — first. I don’t think there’s anything wrong with appreciating the good feelings that come with pleasant social interactions, or even kindly letting people know when they have done something hurtful, but it’s when we (“we” meaning “I”) start deriving our strength from other people that it becomes a problem.

Lately when I’m in situations where I’m tempted to withdraw because of awkward or tense social interactions, I ask myself, “Who fills you up?” Meaning, to whom am I looking for the strength to love in this situation? The world, or the Source of love himself?