Celebrating Halloween: Why not? 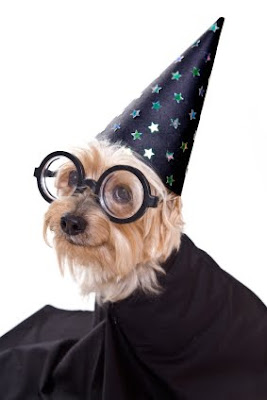 Halloween is one of those holidays where my ratio of “wanting to like it” to “actually liking it” is very high. Every year I have visions of spending weeks putting together elaborate costumes that will thrill my children, then jaunting around the neighborhood in the refreshing Fall air of Halloween night where all the neighbors admire the adorableness of my children and inwardly remark about how very caring and on top of things their mother must be to have procured such detailed and gorgeous costumes. The way it actually tends to work out is that I get overwhelmed and do nothing until October 30th, at which time I have a freakout session in which I announce that I’m grabbing some burlap sacks and a rope and all the kids are going to be St. Francis this year and my mom finally takes over and makes a midnight trip to Wal Mart to dig through the dregs of costumes that the kids with non-procrastinating mommies didn’t want and we head out to do our trick-or-treating in either sweltering hot or bitter cold temperatures and my kids all have meltdowns and we drag them back to the house where they eat candy for dinner. And sometimes I embarrass myself at the library too.

It’s recently come to my attention that there are some people who don’t celebrate Halloween. Well, I guess I did know something about it in my pre-conversion years, when we’d go trick-or-treating and walk past the one darkened house and someone would whisper something about “the religious family, ” but I always assumed that it was a ploy to avoid spending money on candy. What’s new is that I’ve started hearing arguments against it that are well-thought-out have some decent points.

Though I doubt I’ll stop celebrating Halloween any time soon, I would like to hear more about the case against it since I’m not very familiar with it. (I assure you my curiosity is driven entirely by a thirst for knowledge and not at all by the fact that it’s four days before Halloween and I’m about to have a panic attack from costume chaos and trick-or-treat schedules that rival the New York subway system in their intricacy.) Maybe it’s the circles I run in, but I feel like the folks who don’t celebrate Halloween often don’t get a fair shake — in popular culture they’re ridiculed as being overzealous fanatics, and even in religious circles they’re often so far in the minority that when the Halloween debate comes up their voices are way outnumbered by people who enjoy the holiday.

So if you choose not to celebrate Halloween, this post is for you. I’d like to hear your side of the story: What led you to this decision? If you have kids, do they miss it? Do they do a different activity instead? I look forward to hearing your thoughts!