So you went against God’s will. Now what? 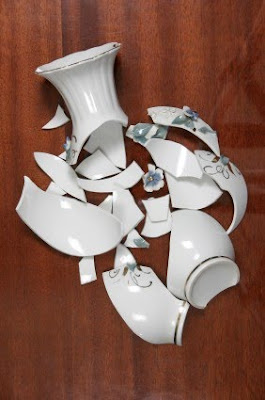 A while back I was listening to a Catholic radio advice show when a distraught woman called in with an agonizing situation: She and her husband had recently adopted a child with special needs (some of them serious medical issues), and she was terrified that they’d made the wrong decision. The paperwork was all finalized and they were flying out to pick up their new son the next day, but she was overwhelmed with fear and worry of how they could possibly handle it all, especially since they already had their hands full with three biological children.

What seemed to be causing her the most stress was the worry that she had gone against God’s will. She’d thought that this is what God wanted for them when they first made the decision, but now she was second-guessing it all, wondering if perhaps her own intense emotions had clouded her discernment process.

Looking back, she recalled that her husband had initially had a really bad feeling about it and she’d strong-armed him into it, blowing off his words of caution and aggressively pushing him to change his mind. In her 20/20 hindsight she could also see a lot of pride at work, now recognizing her desire to make certain family members think she was a “supermom” by adopting a special needs child in addition to raising her biological kids. She also suspected that her deep-seated desires to heal her own troubled childhood clouded her judgment and made her view the situation through rose-colored glasses, ignoring the very serious issues that would come with this move. As she looked at her mental, physical and financial resources and the huge responsibilities that were about to enter her life, she was terrified that she’d bitten off way more than she could chew — and was going to negatively impact not just her own life but her family’s lives with her mistake.

As I listened to her go into more detail about her story and her discernment process, it sounded like she may very well have let pride and misguided desires for happy endings lead her to get in over her head. This actually might not have been God’s will for her and her family.

But what, I wondered, should she do now?

Unfortunately I lost signal on the radio station and didn’t hear the host’s answer, but I’ve thought a lot about that lady and her dilemma ever since then. Though usually on a smaller scale, I used to spend a fair amount of time in my post-conversion life worrying about that very thing: What if this difficult situation I’m in is because I just screwed up? If God was telling me to do one thing and I ignored him and did another…what now?

Early on in my conversion I would occasionally feel really stressed about these types of situations, especially when I did something sinful that was clearly not what I was supposed to have done. Because I thought of God’s will like a static, paper roadmap, I had this bad tendency to think of myself as being “off the map, ” in some kind of “out of God’s will” no-service area akin to being out of range on your cell phone. “No point in praying, ” my subconscious mind would mutter, “God can’t help you now — he’s back in the land of his will that you left when you made that stupid decision!” Though I could have told you on an intellectual level that that line of thinking was as erroneous as it was ridiculous, fear and stress made it surprisingly easy to slide into those kinds of irrational, defeatist thought patterns.

What I eventually learned that has brought me immeasurable peace on this subject is that it’s more important to ponder how God can bring good out of any situation — even bad, sinful situations that are the result of fallible humans’ mistakes — than it is to ponder what the details of his will are for any specific scenario. I’ve stopped spending so much time asking “Was this God’s will?” and am trying to spend more time asking, “How can I serve God in love at this moment, right now?” Maybe the situation I’m in is the result of a bad move, but as long as I keep turning to God there will be an opportunity to bring love out of it.

So what would I say to the lady who called into the radio show? After assuring her of my prayers, I think my answer would be that she shouldn’t spend any more time rehashing the past, but rather focus her energy on getting as close to God as possible from here on out. Rest in the knowledge that he can bring good out of any situation, especially those that present us with opportunities to love our fellow human beings. And the truth is that we rarely know exactly what God’s will is in every situation anyway — we probably veer off his path of perfect love way more often than we realize. What matters most is not complete knowledge of the mind of God (which is impossible anyway), but a disposition of love and trust.

Those are my thoughts, but needless to say I’m no expert on this subject. I’m sure I have plenty more to understand about all this myself. So I’d like to ask you guys: What would your advice be to the lady who called into the radio show? Of course we can’t know for sure, but let’s say hypothetically that this situation wasn’t God’s will? What now?