How I researched my way into Christianity

This is a post I wrote a while back in response to some correspondence I was having with Jeff Haws, an atheist and proprietor of the now-defunct Atheocracy blog. It was originally published on June 21, 2008. 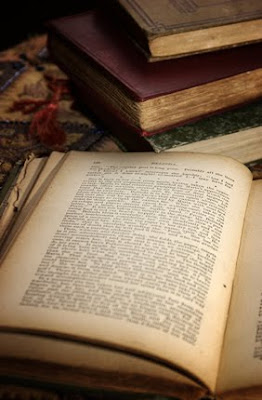 I frequently refer to the fact that I converted to Christianity for intellectual reasons (usually when talking about how I initially didn’t “feel” God’s presence), yet I haven’t attempted to summarize what I mean by that. As you can imagine, an entire book could be written on the subject. Here’s an attempt at fitting it into a post:

At some point I began to believe that it could be possible that there’s more to life than just the material world at hand. A lot of things led me to consider this possibility: the universal human belief in some other world and/or afterlife; the universal human sense that there is objective “right” and “wrong” with a source above human opinion; a realization that our five senses are very limiting; personal intuition that there was an essence to myself that transcended the chemical reactions in my brain (a “soul“), etc.

One of the big roadblocks for me in terms of believing in any kind of spiritual realm had always been the lack of repeatable, systematic, observable results: if there is some kind of God or gods or spirits who are aware of what’s going on here on earth, why can I not simply snap my fingers and tell them I want to hear from them and get an answer? All my life I’d assumed that this proved that nothing else was out there. But at some point I realized that this shouldn’t be a deal-killer. Maybe our communication with the other side is spotty for a reason: perhaps it’s a test, perhaps we’re in a Flatland-esque situation where it would be impossible for us to fully see anything that exists in other dimensions — who knows. But I was willing to set aside the issue for the moment and do a little exploring.

Here is where religion came in.

I started to see religion in a different light, realizing that perhaps the universal human tendency to seek religion was based not on superstition or power grabs, but on an attempt to explain the reality of another realm. But, given that lack of repeatable evidence in matters of the nonmaterial world, how is a person supposed to determine which religion has the most accurate information?

There are three criteria I used for evaluating this. For each religion, I asked:

I took these questions and started reading. It seemed to me that the obvious place to start when evaluating world religions would be Christianity, since it’s the only one whose founder claimed to be God.

As you can guess from the subject matter of this blog, I was blown away when I evaluated Christianity against these questions. Truly, I was shocked. My entire life, Christians had been “the others, ” people with whom I had nothing in common, whose lives were based on some odd belief system that someone made up. Never in my wildest dreams did I think that I would be one of them. And yet, if I were to be honest with myself, I had to admit: I think this is true.

Though I didn’t do as much deep investigation into other religions once I started exploring Christianity, I did enough to see that it did seem like almost all religions had elements of truth and probably did facilitate contact with the divine; but this one, Christianity, was by far the standout in terms of seeming to have the fullness of truth.

In order to avoid turning this post into a small book, I’ll only briefly touch on the answers I found when evaluating the religion of Christianity against these questions (I can go into it more in other posts if anyone’s interested). Here’s what I found:

1. Where does it claim to get its information?

The founder of Christianity claimed to be God. I found that compelling. No other major religions made that claim, and it’s a tough one to pull off if it’s not true.

2. What are its teachings?

I’ve said before that reading the Catechism was like reading the natural law that was written on the human heart poured out into words. The way the Church of this religion explained itself, its Scriptures, its God, its teachings — and, really, the entire human experience — was stunning. It was imminently reasonable and intellectually consistent. In particular, I had never seen such a compelling treatment of the subjects of suffering, death, prayer, and the meaning of life.

Obviously, there was no laboratory experiment in which I could prove whether these Christian claims were true. All I could do was evaluate it against the claims of other belief systems and see how it compared. And after reading the Catechism and the New Testament cover-to-cover, the verdict was in: this religion offered the most coherent, sensible explanation of “life, the universe and everything” than any other belief system I’d encountered — including atheism.

3. What are the fruits of following its teachings?

This was a tough one. Growing up as an atheist in predominately Christian areas, I witnessed (and was sometimes on the receiving end of) plenty of unkind behavior by Christians. It’s something that hurt me and stuck with me for a long time. Also, I’d read enough history to know about some of the terrible things done during the Crusades, and could list plenty of other examples of behavior by Christians throughout history that ranged from questionable to deplorable.

If this religion truly comes from the Source of all love, would you not expect to see better behavior from its adherents? This was probably one of the bigger stumbling blocks for me.

What I realized, however, was that this religion does not claim that merely saying the words “I am a Christian” conjures up some magic spell that automatically makes someone an angel. Anyone can claim to be an adherent of this religion, regardless of whether or not they are truly seeking to follow Christ. Also, I saw that it is actually a tenet of Christianity that even people who truly seek to live a Christian life can expect to mess up sometimes, since everyone — including even the most dedicated Christians — faces constant temptation to sin.

Also, I began to see that there is tremendous anecdotal evidence of people’s lives being transformed in powerful, unimaginable ways by conforming their lives to the teachings of this religion and seek deeper communion with Christ. I was particularly struck by reading about the lives of the saints and the early Christians, many of whom went to their deaths for their beliefs.

And, finally, once I became a Christian, I saw the fruits of this religion for myself. I saw that by seeking to follow the founder of this religion, Jesus Christ, and to live the way he said we should live (even the hard parts), my life was transformed inside and out. These teachings worked a little too well, fit a little too perfectly, and brought me too much deep peace for them to have been made up by men.

That’s the quick (well, as quick as possible) summary of what I mean when I say I converted to Christianity for intellectual reasons.

It’s worth noting, though, that this is really the least important part of my conversion. The only result of all this research was that it ruled out the notion that faith and reason are incompatible. Once that was cleared up, my conversion really began. And what I found is this: God is not something you prove; he is Someone you come to know. To know God is to know love. And love is not something you find in a book.