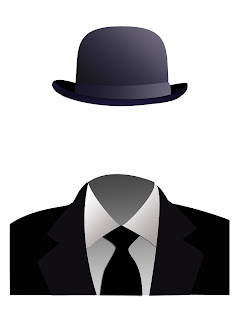 One of the things that bothered me most when I was first exploring religion was the fact that God is invisible. As I was reading up on Christianity, struggling with concepts I didn’t understand, I would occasionally think in exasperation, “You know, God could make this really easy and just appear to each one of us individually and settle all of this once and for all!” It seemed so much more efficient for God to do that rather than mess around with all this messy organized religion stuff.

I eventually understood that God’s highest purpose is not efficiency, and the more I studied the history of his gradual revelation to humans, the more it seemed clear that one of his purposes in remaining hidden was to bring people together. Once I understood him as the God of love, it made sense that he would want us to reach out to one another rather than communicate exclusively with him.

That mostly satisfied me, but I always had a lingering frustration that God didn’t do a little more to make his presence just a little more obvious. For example, maybe Bibles could glow every time they were opened, or the wine could actually turn into a different-looking substance when it was consecrated into the Precious Blood at the Mass. Not that this would convince all skeptics (since, as I learned, you won’t see God if you’re determined not to), but it would certainly be a nice consolation for those of us who believed anyway!

A couple weeks ago I was in Adoration, and all these feelings bubbled up anew and began to bother me. I looked up at the consecrated Host in the monstrance, which I know to be the actual body of Christ, no different than if he were standing there to shake my hand. I hate to admit this, but I felt so frustrated that it was just sitting there.

“Where is your visible majesty?!” I thought. “You’re God. Why doesn’t the Host glow or the earth shake every time the priest puts it in the monstrance? Why doesn’t a blinding beam of light shoot out to awe everyone in attendance? Why are you so hidden?”

Long having given up on getting answers to these questions, I let those thoughts go and got out my rosary to start praying about something else. Then, out of the blue, I heard an answer (here’s what I mean when I say I “heard” it). I was suddenly hit with the thought:

Ignorable. That was exactly the understanding I’d been searching for, one that made so many things make sense. When I thought about it, God is not really hidden. Evidence of his existence is all around us, everywhere we look. The obvious design in nature, the human soul that is like nothing else in the animal kingdom, his Church that has stood continuously for 2, 000 years while empire after empire has fallen away around it, his Scriptures whose original content has been remarkably well-preserved over the millennia, the fact that something exists instead of nothing — we’re surrounded by Exhibit A for God’s existence. When you look at the world prayerfully, calmly, and through a lens of love, God seems anything but hidden.

But he is, no doubt, ignorable.

As I know all too well, he does nothing to demand my attention when I decide that I’d rather focus on worldly pursuits rather than on him. When I choose to think only of myself and my selfish wants instead of him, he does nothing to stop me. It is stunning, really, the humility of a God who lets us do that.

And why? Why not take my suggestion and slap me upside the head with a laser-light show at every Mass to command my attention when my mind has wandered to think about everything but him? I’m no theologian and don’t claim to have all the answers on that one, but I think that one part of it is this: as usual, it’s about love. One thing about love is that it must be a choice; if there’s coercion involved, it’s not real love. And in order to love someone — really, truly love them — you must first have the choice to ignore them.

« How I researched my way into Christianity
Undiscovered Gems: Betty Duffy »