Encouragement for parents in the trenches? 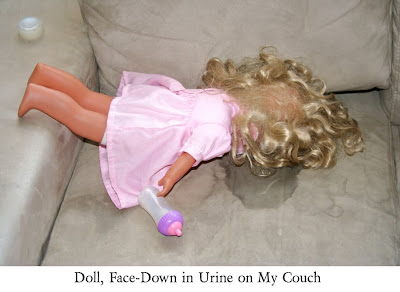 Yesterday I had this great idea: I was going to write a an encouraging post for my friend Katie Rose. As I mentioned once before, in the span of a year she and her husband Devin went from having zero to four children, the oldest only two years of age. Their gorgeous little twin sons came to them about a year ago through the foster-adopt program, then they found out they were expecting. Then, just a few weeks before the baby’s due date, they got a call asking if they would take in the boys’ two-year-old sister. Despite having only 24 hours to decide, they said yes. She arrived in November with a bit of a tough start, and then Katie gave birth to a beautiful baby boy last week. Whew!

I spoke to Katie recently, and she expressed many of the feelings she’s mentioned on her blog: trust in God, but exhaustion and trepidation about how she could do it all.

I had done a couple small things to help out in person, but then had another brilliant idea. “I know!” I thought. “I’ll write a post for Katie sharing some tips and wisdom!” I did just have four kids in five years, after all. Surely I have all sorts of parenting wisdom to shower down upon Katie and Devin! During nap/quiet time I was all ready to dash out a post dazzling, delighting and inspiring the Roses with my sagacious parenting tips.

But the youngest two children didn’t nap, and the oldest two confused “quiet time” with “bounce-off-the-walls time.” And my afternoon proceeded to spiral out of control in an epic way.

There was Play Doh mashed into the carpet, and multiple attempts to clean the kitchen during which the Fulwiler Three-to-Thirty Ratio (which states that if I turn my back for three seconds to clean something, thirty minutes’ worth of mess will be made) was in full effect. There were memories of my own voice chirping “Teach the children to help clean up!” as I took over the straightening of the living room because the end of my patience with supervising the kids’ Sisyphean efforts was drawing nigh. Dora the Explorer was watched (thrice), Goldfish were eaten, chicken nuggets were announced as the evening’s dinner. Sugary drinks flowed as freely as my litany of inner complaints. Backtalk was ignored because I’d lost my energy for anything resembling discipline sometime between cleaning up the grape juice spilled on the couch and chasing down the neighborhood cat who ran into the house, and cookies were handed out to settle arguments over toys. Three New Year’s resolutions were broken in one sentence. Million-piece game sets were dumped out, sharp pieces were stepped on, and battery-powered toys specifically calibrated to make noises that test the limits of parents’ sanity were played with vigorously. There were fragrant reminders that my children would seem to be exceptions to the potty training axiom that putting kids in regular underwear motivates them to use the potty, and oceans of Resolve were used to clean up after said reminders. The thought was had that nobody — and I mean not one person since Adam and Eve — is worse at potty training than I am.

In a final poetic moment, I looked over to see a picture of me with the kids. It was in a frame with the word FAMILY in big, multi-colored letters, but the sun was hitting it such that the yellow- and orange-hued M and Y weren’t visible, so it looked like it said FAIL. I started to laugh and cry at the same time, because it seemed so very true.

The inspirational parenting-wisdom-sharing post, needless to say, did not get written. You guys are going to have to do all the heavy lifting for me today:

If you have any words of encouragement for my friend Katie (or, you know, any other frazzled moms who might need it — I’ll have to see if I can think of any) please share! Stories from the trenches, wisdom, prayers, or any other kind of encouragement would be appreciated. My hope is that the comments here will be something that weary parents can go back to and re-read when they need something to make them smile.