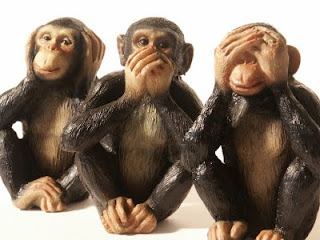 I’m terrible about trash talking. I seem to have some sort of gene that makes me want to criticize everything all the time. Especially in my pre-conversion life, you could tell that I was criticizing something if my lips were moving. Though I didn’t typically turn my judgment to people I knew personally, everything else was fair game. Flipping channels on TV, reading celebrity magazines, sometimes even walking down the street were all prime occasions for running my mouth about who was doing what wrong. I had such a zeal for it that I even managed to monetize it: when I started a site where I criticized pop culture, it got a ton of traffic and is still the most popular website I’ve ever had.

Before I became a Christian, I didn’t even see anything all that wrong with it. Sure, I could have been a little more positive, the thinking went. But as long as I wasn’t running down people I knew personally, it wasn’t all that bad, right?

Since my conversion, I’ve come to see just how wrongheaded that kind of mentality is. Not that Christians can’t ever express disapproval or throw around a little snark, but the more I experience God’s love and draw inspiration from the examples of the great saints, the more I see how nasty and spiritually unhealthy a disposition of constant criticism really is.

And yet changing it has not been that easy.

I tried to take practical measures to change my ways, I prayed and asked God for his grace, I did my best to dial down my trash talking ways, but I saw little improvement. It was such a deeply-ingrained habit! (I recall that even back in the third grade, my home room teacher noted to my parents on a progress report, “She’s very critical.”)

One afternoon at the end of last year I found myself praying about it for the umpteenth time in Adoration. I figured it was going to be yet another occasion of me complaining about my tendency to complain without getting anywhere, but, out of the blue, I got what seemed to be a very clear answer*.

“What am I supposed to do?” I’d been whine-praying in God’s general direction. “Stuff annoys me. It just does. To ask me to ignore something that I think is stupid or wrong or whatever would be like asking me to ignore a train wreck. I can’t do it!”

I was really getting on a roll with this train of thought, when an answer interrupted my mental ramblings like a thunderclap. The phrase popped into mind:

As soon as I “heard” it, I sat back in my chair. It took me a moment to think through what it meant, but when I did, I was stunned by what I perfect answer it was.

Is it so true that I just can’t ignore things? When you look at my cooperation with the Holy Spirit in my life — or lack thereof — it becomes pretty clear that I’m an “ignoring things” pro. Sure, it takes some work, but I manage to block out God’s voice in my life all the time. Especially thinking back to phases where I’ve felt apathetic about my spiritual life, I see that I actually have an intricate system that helps me ignore the things I don’t really want to think about. When it comes to God, it goes something like this:

And so on. But when I flipped these techniques around, it occurred to me that I actually had quite an elaborate toolset at my disposal for learning how to ignore all the little annoyances of daily life.

* Lest it seem like I’m constantly getting very clear, direct answer to my prayers, I assure you that that is not the case! It’s just that the few times it has happened have been powerful enough to be worth writing about.

« My first video
Recommended reading for Lent (and other Lent stuff) »