Exercising when it’s not about vanity 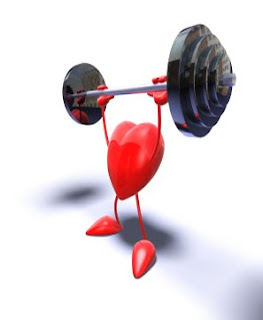 A macabre dressing room experience prompts me to make a fist-shaking proclamation that — no, seriously this time — I’m going to get in better shape. → The first day I start exercising, I’m motivated to push through the pain by a vivid image of myself looking awesomely cute in a pair of size 10 jeans. → I actually lose a couple pounds and start shooting off my mouth about how I’m really going to keep up with this, even though it’s only been a week. → Approximately 3.6 weeks into the new routine, I realize I hate exercising more than I hate my current jean size and give up in disgust.

From age 15 to 32, that cycle repeated itself on about a 10-month loop. I kept thinking that my vanity would be strong enough to fuel my efforts at exercise, that the payoff of looking how I wanted to look would be worth the pain of exercising. (Let me add the big disclaimer that I’m not suggesting that everyone who exercises to look better or lose weight is doing it out of vanity; I’m only talking about myself here.)

Then, after my conversion to Christianity, things began to change.

A little over a year ago, I began working on my relationship to food. After finally praying about what I should do with some food-related issues I had, I received the thunder-and-lightning insight that I needed to distinguish between gluttony and addiction, and deal with both separately (I summarized all that here). All of this happened during my fourth pregnancy, which was the perfect time for me to work on this: since the possibility of weight loss was off the table, for the first time I could address these issues without making it about vanity.

Doing that “Saint Diet” (as I call my new way of eating) has made me focus more on how I can structure my life to make sure that I’m not unintentionally sabotaging my spiritual growth and ability to serve God by feeling physically worse than I need to. That’s not to say that you have to feel great to grow spiritually, of course — many of the saints shined God’s light most radiantly when they were in pain and ill — but I have found that when I feel bad simply because I’m not taking care of myself, I do not have peace about it. When I’ve prayed about it, I get the message pretty loud and clear: “This needs to change!”

It was just that type of situation that recently brought me back to the subject of exercise once again — only from a whole different angle than I’d ever approached it before.

Despite how much better I’ve felt since doing the Saint Diet, I still often found myself with less energy than an otherwise healthy 33-year-old woman should have. Something felt incongruous: on the one hand, I’d pretty carefully discerned that there were certain things I was supposed to be doing right now, and doing well — the duties of daily life with four little kids, keeping my house in order and food on the table, certain side projects, etc. There have been seasons when I felt like I was supposed to relax and do the bare minimum; this wasn’t one of them. And yet I didn’t have nearly the energy to do the work that I thought God was calling me to do.

I was open to seeing a doctor, getting on medication, accepting that I had misunderstood the things I was supposed to be doing in daily life right now, or whatever — I just wanted to know what the right path was.

After a long period of thinking, praying and consulting Dr. Google, it occurred to me that I should at least try to get more physical activity before I moved on to other solutions. I thought I already did enough: I walk to the mailbox at least once a week, and I can’t always change diapers while remaining in a sitting position on the couch. You’d think that that type of Olympian exertion would leave me fit as a fiddle, but God and my body teamed up to suggest that maybe, just maybe, it might help if I moved a little more.

This sounds lame, but I guess you could say I felt “called” to exercise in order to better serve God and my family. (I know. God calls some people to save thousands of starving people; he calls me to run around the block. My spiritual life is not very exciting.)

So I started jogging. I didn’t create any grand plan, I just put on my running shoes and ran around the block one evening. I did it again the next day, and then a couple days after that. And, sure enough, I started to feel better. My energy increasingly matched up with the level of activity I felt like I was supposed to be engaging in. That was a few months ago, and I’ve been doing it regularly ever since.

Given my temperament as an utterly exercise-averse person and my dismal history with keeping up with exercise routines, it is really weird to be a regular jogger. I was thinking about it the other evening, wondering why my efforts seem to be sticking for the first time in 17 years, and I realized:

My motivation is completely different.

Every other time I’ve attempted exercise, it was a tool I was using to try to find happiness in myself: if I looked a certain way, weighed a certain amount, could wear a certain style of clothes, then I would find peace and happiness.

And yet my laziness knew something my rational brain did not: it won’t work. It’s fool’s gold. You’ll be happy for about three days while you stare at yourself in the mirror and then that exact same angst will pop up again, only in a different part of your life. And so I’d quit, yet again.

I’ve seen almost no external results from my new jogging efforts; I haven’t been weighing myself, but it doesn’t seem like I’ve lost any weight. And yet I’ve had an easier time keeping up with it than any of my other adventures in physical activity — even the ones that netted huge “scores” on the scale.

It’s a lesson I first learned with my love of writing, that I continue to learn in so many areas of life: when you do something because you think it is going to bring you peace and joy in and of itself, the whole thing is doomed to collapse. But if it’s done out of service to God, with the final aim of deeper union with him, your efforts will bear more fruit than you could have imagined.

I don’t mean to overblow this insight; I’m not quite ready to start my own cause for canonization just because I’m running around the block and not losing weight. I’m not even trying to suggest that my motives are 100% pure in terms of doing it to better serve God by serving my family and others. I just wanted to share the simple lesson that I’ve learned in this situation and with so many other little endeavors in my life: that it’s easier, simpler, and the burden is a whole lot lighter when your final aim is God.