My thoughts on the scandals as a convert to Catholicism 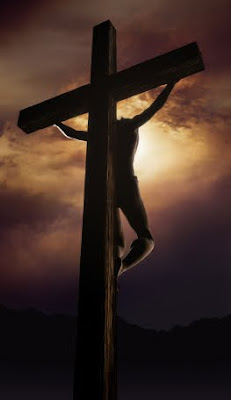 When I was first exploring Christianity, I was enchanted with the idea of Jesus walking among us and performing miracles. I’d come to an intellectual acceptance of the concept that miracles could happen, so it was exciting to hear about instances where they supposedly had! The more my research led me to conclude that Jesus really was who he said he was, the more delightful it was to transport myself back to those times long ago, and imagine the wonder and appreciation the gathered crowds must have felt.

When my studies started leading me to the Catholic Church, though, things got a little weird. Here was this institution that claimed that God guided it to this day. They were basically saying: “You know how God used those fallible people to write the perfect Word of the Bible? Yeah, well, he’s still doing that. Right now. Like, you know how Pope Benedict released that encyclical Caritas in Veritate? Divinely guided. God even uses your local parish priest to work the miracle of Christ’s flesh and blood made physically present under the appearance of bread and wine.”

Let me just tell you: this was a daunting claim for a lifelong atheist.

The more I researched the history of Christianity and came to understand what the Church actually teaches, the more I was astounded by what I’d found. Slowly, hesitantly, I became convinced that this is true: that, before Jesus ascended into heaven, he founded an institution that he still guides in its doctrines to this day, using it to articulate the truth in all places and times, working through it to give us the sacraments.

Yet even after I fully believed it, it was hard to feel comfortable with it. It was oddly painful to see these miracles playing out every day, right out in the open; it was slightly unnerving to see the Church boldly claim that it has the power to verify apparitions and visions, to speak on matters of doctrine on behalf of God almighty — even though I believed it was true.

One time I saw footage of the celebration of the elevation of Fr. Damien of Molokai to sainthood. Tens of thousands of people were gathered in St. Peter’s Square for a glorious celebration of the great victory of a life fully devoted to the Lord, the Vatican having approved a final miracle attributed to Fr. Damien’s posthumous prayers…and my first reaction was to want to jump behind the couch. I wanted to call someone in the Vatican and whisper, “Shhh! Let’s not push our luck!” Along with the thrill of seeing God’s own hand at work in the modern world was the unsettling realization: he’s doing it through imperfect people.

I realized then that I prefer my miracles far away and long ago; because if God is still working wonders, and doing it in conjunction with a recognizable institution comprised of normal humans with free will, then that carries with it certain implications.

And those implications, and all the terrifying possibilities they contain, have been dragged out into the light in the wake of the latest scandals in the Church. What is more terrifying that realizing that your own pastor could hurt you, and others, so badly?

As I follow the current news coverage about the Catholic Church, I think back, maybe a little wistfully, to those first days that I was exploring Christianity, back when my miracles were safe. Nobody ran background checks on all the members of the Council of Nicea. The delegates to the Synods of Hippo and Carthage, who decided which writings would be included in the New Testament, were faceless, holy figures floating around in the ether of my ignorance about the personal lives of people in the 4th Century.

Back then, I could keep the world in two neat boxes: God over here, evil over there. People who are involved with miracles in the first box, people who are sinful and capable of doing terrible things in the second box.

But what I found when I kept pursuing truth, regardless of how I felt about it, was that there is only one box. To understand that, to accept that, is to be slapped with a chilling, daunting fact: God is here, he’s among us, and he lets evil happen, right next to his side. And, unfortunately, the Catholic Church gives us a reminder of that most uncomfortable of truths that we want so badly to forget.

When evil happens in other areas of society, it’s easy to compartmentalize it all, to tell myself that God wasn’t “there.” When a court-appointed advocate for neglected and abused children here in Austin turned out to be a serial pedophile who was taking kids as young as two years old to his home and sexually assaulting them, it gave me some measure of relief to think of God as not being anywhere near that situation. When I heard about the monstrous pediatrician who got over 100 babies and toddlers away from their parents and violently assaulted them in every possible way, I tried to shove it into the “non-God” part of my brain. God is in the respectable churches, maybe out among some nice ladies having a prayer breakfast. But not in the court-appointed volunteer’s basement. Not in that pediatrician’s exam room.

But when evil in its most despicable form finds its way into God’s own Church, you can no longer deny it:

He saw it. He was there. And he let it happen. God is merciful and just. I believe that, and I trust Him. And I believe that one day I will understand. But, today, the fact remains: God and evil co-exist.

On a percentage basis, sexual abuse in the Church is no more common than in other institutions where men are in contact with children. Yet even one instance is too much. Even if only one priest abused one child, it would be a horror of epic proportions; even more so because it happened in the Church.

As I watch the news coverage of the scandals, I see a mix of things: I see long-overdue airing of grave problems within the Church that need to be addressed; I see righteous outrage at this most despicable of human acts; I see understandable shock that there have been members of the hierarchy who covered up abuse or didn’t do enough to stop it. But I also see that the Church has become a special target for the world’s scorn. Mixed in with quality journalism aimed at getting the facts out in the open, I’ve seen a desire among some people in the media to make the Church look as bad as possible, even at the expense of setting aside fact-based journalistic integrity.

I’m sure there are a lot of reasons for that, but I think that one of them is rooted in a feeling with which I am familiar, a gut-level nervousness at what this institution claims to be. What I think I see in a lot of discussions of this scandal is this: a frantic drive to discredit this institution that claims to be divinely guided; in other words, to take God out of the picture. Because if he is there with this institution, if the same priest who abused disabled children also once had the power to make Jesus Christ’s own flesh fully present in the form of bread, if the bishops who have mishandled or covered up these cases of abuse really are the direct descendants of the original men upon whom Jesus conferred his power, then we’re standing in the face of the most unnerving truth of all.

The biggest thing I had to overcome when I entered the Roman Catholic Church after a life of atheism was that desperate desire for safe miracles. To accept the truth that I found here in this Church was to let go of the illusion of those two boxes — God and miracles over here, evil and sin over there — and accept that there is only one box.

This latest turn of events has only been a reminder of the age-old mystery that I wrestled with for so long, that humans have been wrestling with for the past two thousand years: that God exists, and even came down to walk among us, and yet he did not stop the suffering. He didn’t take away a single person’s free will — not even those whom he guides to speak on his behalf — and did not exempt one person from the potential to experience the worst kind of suffering. Not innocent children. Not even his own beloved Son. The way he dealt with suffering was to plunge himself into the heart of it, to come down and suffer with us, and for us. Nothing more. Nothing less.

What I’ve found is that, if you can muster up the courage to face that truth head-on, to accept it with all its weight, and resist the urge to run away, it is there that you will encounter Christ. You’ll discover truths that are impossible to put into words about the nature of God’s love for us, and the “severe mercy” that comes with it. You’ll find the God who is there while unspeakable evil plays out in our world; and you’ll encounter his crucified Son, who is always there too.