He who controls the light 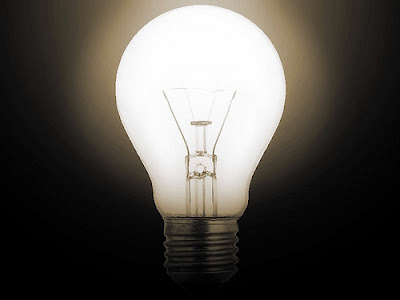 A while back my husband and I were leaving a party at a rural house, and we had to walk in the dark to get to our car. It was a moonless night, and as the glow of the house receded into the background along with the sounds of the party, darkness closed in. Our car was maybe a quarter mile away, but even at that short distance we had trouble finding it. I could sense the dense woods nearby as I stumbled along the gravel drive; some predator could be staring at me right now and I’d never know it. We eventually decided that my husband would go get the car and come back and pick me up. I felt my way over to a tree to lean against while I waited, and he went forward, disappearing into blackness.

My reaction to the situation was strange. I felt the predictable mix of being uncomfortable and a little freaked out, but one surprising feeling overrode all others:

It felt like something had gone fundamentally wrong with the universe that I could not create light by a mere swipe of my hand. I kept wanting to reach for a light switch or click on a flash light to get this annoying darkness thing under control.

I felt small and powerless. I hated it. Without light, I couldn’t do much of anything. I couldn’t go anywhere. I couldn’t see what was around me. I couldn’t defend myself. At that moment I had a deep, primal awareness of how very dependent we are on light for having any control over the world.

I once heard that some ancient tribe thought of their main god as “he who controls the light.” It makes sense. When you think about it, before electricity, the power to flood the world with light belonged to God alone — and it was a tremendous power.

I’ve mentioned before what a profound experience it was when my husband and I went to Costa Rica and found ourselves in an area with hardly any artificial light. Our cabin technically had electricity, but the lights were so dim we mostly used candles since they were just as bright. Every evening when the sun set, it was like watching my power set with it. There is just not that much you can accomplish in inky darkness. I couldn’t go anywhere. Even a simple task like unpacking the suitcase was a pain, the closet and the drawers and half the room cloaked in heavy shadows. I could technically read by candlelight, but it made my eyes so tired I never got more than thirty minutes into it before I dozed off.

“But it’s only nine o’clock!” I’d think every night in exasperation. I wanted more hours in the day. I wanted to be able to read for a couple more hours. I wanted to be able to see every nook and cranny of the room to get unpacked and set things up. And I was used to having the power to make those wants a reality. Back at home in my world of 70-watt lightbulbs connected to a simple switch, I had the power to say “Let there be light!” and banish darkness at my will.

If you could bring someone from the year 1700 to spend a day in 2010, I bet the thing they would be most blown away by is our power over night. A couple years ago I talked about a time that my husband and I tried not to use artificial lights in the house for a few days. As I said in that post, it was a disaster. I was unbelievably frustrated because I could not lengthen my day with the mere flip of a switch.

It occurred to me that in order to live this way for any length of time, I’d have to fundamentally change the way I approached my entire life. I’d have to focus more on what I could do and less on what I wanted to do. I’d have to live within real, hard constraints. I’d have to accept that at nightfall my work must stop, whether I was done or not. In other words, every day at sunset, when nightfall came, I’d have an all-encompassing reminder that I am not God.

I recently read the following in a review of the book At Day’s Close: Night in Times Past (which I’ve not read but sounds great):

The English called nightfall “shutting-in, ” which literally meant the shutting-in of daylight but came to mean “the need for households to bolt portals against the advancing darkness.” All “doors, shutters, and windows were closed tight and latched, ” and “seldom was God’s protection more valued than at night.” The fervor with which people prayed was deep and real: They feared violence, fire, death, even the possibility that the next day the sun itself would fail to rise. Cities provided primitive illumination with lanterns, and watchmen patrolled the streets, but the light was dim and inconsistent at best. [emphasis mine]

That moonless night when I stood against the tree while waiting for my husband to get the car, listening to the chorus of crickets and the occasional crunches in the woods caused by who-knows-what, I knew with certainty that the advent of artificial light had a direct connection to the decrease in religious practice during the last century. I don’t think it was the main cause, and maybe wasn’t even one of the top five causes, but I’m certain that it played some significant role.

When you can’t control light, you control very little. The vast majority of humans have lived this way, each forced to think less about what he wanted to accomplish and more about what he could accomplish with the daylight hours available; every person getting a big reminder at every nightfall of his own vulnerability, smallness and powerlessness.

I love artificial light, of course. I’m typing this in my brightly-lit office at 10:14pm. Don’t count on me calling the electric company and telling them to close our account because of all the great spiritual lessons I could get out of it anytime soon. But sometimes on nights like this, when I’m adding “daylight” hours to my day at will, moving about the house as fast and freely as I want to, flooding each room with light at my whim, it occurs to me that the blessing of electricity also comes with a certain weight that can be tricky to the spiritual life. Because now, every single one of us has the power of “he who controls the light.”