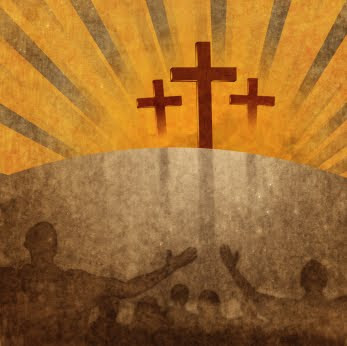 A few months ago I was dropping some of my kids off at our parish’s Mother’s Day Out program, and a woman approached me in the hall.

I wasn’t sure what she meant. “The registration office is down that way, ” I said, pointing to the Mother’s Day Out coordinator’s office.

A gaggle of moms and toddlers walked between us, pausing our conversation, and I noticed that she looked tired. Her body language was tense. It dawned on me that when she’d said she needed help, she probably wasn’t referring to Mother’s Day Out.

“No, I’ve been out of work for a while…” she said. She glanced over her shoulder. “This is a church, right?”

I finally got it. I ushered my kids into their classes, then walked her toward the building where our parish’s St. Vincent de Paul Society is headquartered. I told her about their mission and the type of help they offer, and gave her the names of some of the people I knew who are usually there. Most Catholic churches have a SVDPS office, where anyone of any religious belief system can go to get anything from food to clothing to help with home repairs to assistance paying their bills, with no strings attached. The lady seemed immensely relived, and thanked me before she headed over to the building.

It was such a simple exchange, but the moment stayed with me. What had just transpired felt new and right and somehow expected yet unexpected. I thought about it as I headed back to my car, and it finally occurred to me:

This is so different from atheism.

One of the biggest changes in my day-to-day life since my conversion is simply being part of a church community. The heart of the community is the church itself, the sacred space where God himself dwells. Out from that flows a thriving system of programs and ministries where the people of the church reach out to one another and to our neighbors throughout the community. There are groups who visit people in nursing homes, take food or communion to the home-bound, run errands for people without transportation, help women in crisis pregnancies, visit inmates in jail…and those are just a few. (A quick glance at our parish website shows dozens of ministries at our church alone.)

There are lots of similar groups in the secular world, of course, and I know plenty of atheists who are generous, giving people. Even I occasionally did things to help others when I was an atheist.

What’s different about being a believer and being part of a church is not the fact that there are organizations that help others per se; it’s how very intimately the concept of serving others is woven into the fabric of daily life.

When I was an atheist I volunteered to tutor disadvantaged children. I gave money to the homeless and donated food to soup kitchens. The difference between then and now is that, back then, I saw those activities as an add-on to life. I had a certain set of things that I did to make my life well-rounded and fulfilling, and “helping others” was a bullet point on the list, somewhere around “traveling” and “advancing in my career.”

But becoming a Christian radically changed the list. “Serving others” is no longer one bullet point among many; it’s the overarching aim of everything else on the list.

I’ve written before about how one of the most worldview-shattering truths I discovered in Christianity was the notion that living for yourself is not a valid option, and won’t make you happy anyway. When I first read the Catechism I was surprised to see that it actually had an answer to the age-old question of “What is the meaning of life?” To know, love and serve God. And how do we do that? The short answer is, by loving and serving others. That’s why we were created. That’s what we’re supposed to do. That’s how we find the lasting peace we all crave.

Saying that the meaning of life is to serve others doesn’t mean that we run ourselves ragged or that we never take time to relax — after all, you can’t be of much help to anyone else if you’re not recharging your own batteries — but it does mean that that is our final aim. It’s not one of many things we do; it’s the only thing we do, the only thing worth doing at all.

I have to admit that I was surprised that this works. When I first heard this idea I was skeptical — how could you possibly be happy if your life wasn’t centered around what you wanted to do? But what I hadn’t counted on was the power of Christ: this whole concept wasn’t invented by people, and it’s not fueled by human efforts. I am far, far from living it out perfectly, of course, but when I do cooperate with God’s grace to throw myself into having an other-focused life, I find a power and a strength and a palpable peace within me that does not come from myself.

Throughout the ages churches have been synonymous with charity and service. Even I knew it on some subconscious level when I was an anti-Christian atheist. A friend and I once had a conversation about what we’d do if we found ourselves hungry and lost, with no money or friends or family to turn to. After thinking about it, I said, “I guess I’d go to a church.” I knew I could probably knock on the door of any local Christian community and get some food and water, maybe even some money to help me get by until I could get on my feet. I didn’t have a high opinion of Christians, but I was aware that, for whatever reason, helping others was a foundational part of their belief system.

I didn’t get it. I never did understand why churches had such strong reputations for being places to go for help, especially considering that plenty of Christians weren’t exactly the nicest people in the world. I came up with a bunch of convoluted theories, but none of them fully explained it.

It wasn’t until that exchange with the lady in the hall that it finally clicked. That morning, I hadn’t been there to work at a charitable organization. I wasn’t doing some special activity to give back to the community. I was just dropping my kids off at preschool. Yet it was a perfectly natural course of events to end up offering help in some small way to a person in need. It’s so much a part of the Christian life that there’s an entire building next to our place of worship dedicated solely to that cause.

As I strolled back to my car, I passed the main church building. I looked at the stained glass windows, the twelve-foot oak doors, and knew that Christ was present just on the other side. None of my theories had been correct when I was an atheist. Now that I’m a Christian myself, I understand why.

Christianity did not become a religion of service because Christians think it’s amusing to be involved in charitable causes. It’s not some tradition that developed due to complicated socioeconomic forces acting on this religion’s adherents throughout the millenia. It’s not that Christian are just naturally nicer people than anyone else — a lot of us aren’t even great at living out our ideals a lot of the time.

What happened on the macro level to make Christian churches known through the world and throughout history as places of refuge for people in need is the same thing that happens on the micro level of the human heart when one becomes a Christian. Simply put, it comes down to this: where there is Christ, there is help.

« Undiscovered Gems: Take the Poor With You
Novena to the Holy Spirit »