How can parents help children stay strong in their faith? 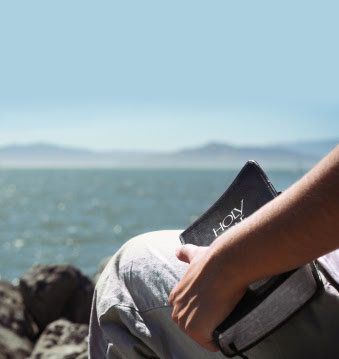 One of the tough things about being a convert to a religious belief system is that you don’t have personal experience with raising children in that particular faith. I was recently talking to some fellow atheist-to-Catholic moms, and we all agreed that we feel like we’re fumbling around in the dark sometimes; it’s surprisingly hard to be a Christian parent and have no frame of reference for what a Christian childhood looks like.

Because of this, I’ve spent a lot of time soaking up wisdom from strong Christian families. For example, when I met a mother of 10 at a baby shower recently and heard that all 10 of her children (most of them grown) are devout Christians, I asked her a bunch of questions about faith and family life over plates of pastel-colored cake. When I overheard a woman at a social event remark that she and all three of her siblings have always had strong, vibrant relationships with Jesus, I struck up a conversation about how their religion played a role in their home growing up.

It’s been fascinating. As I’ve had all these discussions, I’ve been looking for trends: Are there any universal themes among the families with children who have maintained a strong faith live into adulthood? Any things that stand out as being bigger factors than others?

Let me rush in with the caveats here and say that I realize that raising faith-filled kids isn’t about doing this or not doing that. I don’t think that I can just ape everything these other Christian parents have done and — voila! — all my kids will be saints. If I’ve learned one thing in my time as a Christian, it’s that faith is about having a relationship with God, and relationships aren’t about formulas and checklists. I also believe that, when children fall away from faith, in most cases it’s not because their parents did something “wrong, ” but rather because of some confluence of forces at work in each individual person’s psychological makeup and environment.

That said, I do think it would be helpful to those of us who still have young children (and especially to those of us who are also converts) to have a discussion about what the most important things are that parents can do to pave the road for their children to have a deep, lasting relationship with God. Again, there are no magic formulas, and whether each child chooses to follow the road that’s been paved for him is up to him and God alone. But what can parents do to set their children up as well as possible in that department?

In my little informal study, I found three factors that almost every single family had in common:

The families I talked to were surprisingly diverse in terms of the parents’ outward holiness, faithfulness to church attendance, type of schools the kids went to, amount of time spent in group prayer, etc. — yet all of them had those three factors in common. (And I should note that I’m using the plural “parents” as shorthand: I did talk to some single-parent families and families where only one parent was a believer.)

That data has given me a lot of great food for thought as I set out into this strange new territory of Christian motherhood, but I undoubtedly have a lot left to learn. I’d be interested to hear from you: What do you think are the most important things parents can do to help children stay strong in their faith?