Beauty is one of God’s attributes

When we visited Mt. Angel Abbey in Oregon earlier this summer, one of the things that struck me was simply the beauty. From the Abbey’s website:

Beauty is one of the attributes of God, along with truth and goodness. For this reason monks are naturally attracted to it, and through the centuries have preserved it in their monasteries.

I’d read about the importance of beauty in the monastic tradition, but it wasn’t until I took a stroll through the monastery grounds that I really got it at a visceral level. Before I went out for my walk I stopped by the retreat house chapel to pray. 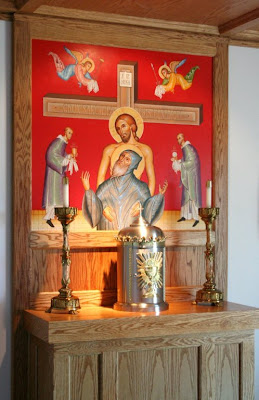 It’s a cozy room with a vibrant icon of The Death of Saint Benedict, created by my cousin, a monk and iconographer at Mt. Angel. After praying in front of the Blessed Sacrament for a while, I went upstairs to the retreat house lounge. Even though it had grand picture windows that boasted sweeping views of the Oregon countryside, what I always noticed was the bejeweled crucifix that stood at the entrance of the room. 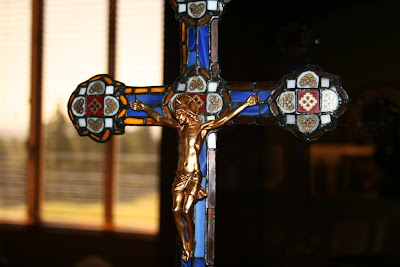 Refreshed from the fresh coffee and cookies in the lounge, I stepped out of the retreat house and into the main courtyard, where I was met with a crisp breeze and a breathtaking view of the distant mountains. 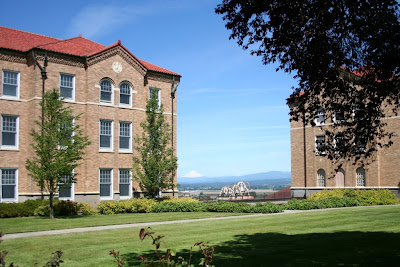 (I should note that it was about 88 degrees. And, yes, that is “crisp” summer weather for us Texans.) Next I wound through the retreat house garden… 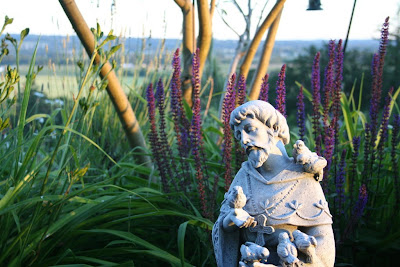 …and then spent some time at the library, which was designed by famous Finnish architect Alvar Aalto. He did it for only a nominal fee as a gift to the Benedictines for preserving Western civilization throughout the ages. 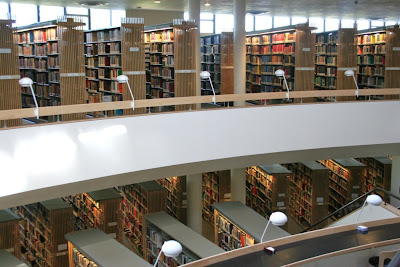 From there I walked through the halls of the seminary, which combines the best of old and new by having the latest and greatest “green” technology, like ceiling fixtures that enhance natural light… 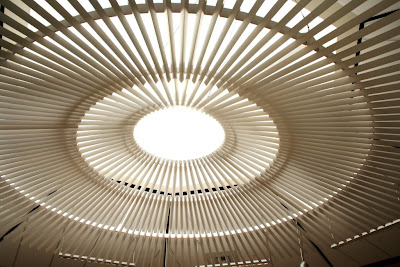 …alongside artwork in the ancient craft of iconography. 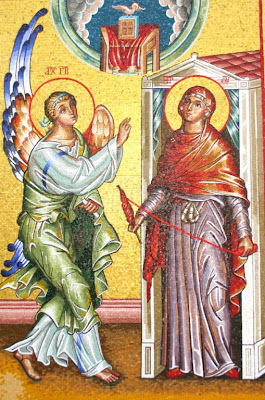 Next I wandered over to one of the gardens, resting next to a pond overlooked by a statue of Our Lady. This one is just outside the cloister walls, so some of the monks can see it from their windows. 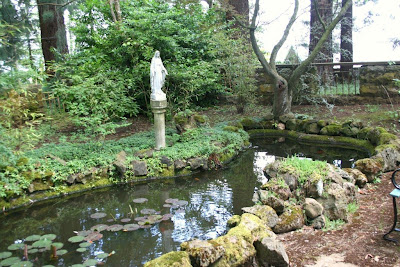 The sound of the enormous cast bronze bells thundered through the air to announce the start of noon prayer. Each one has a special name: for example, The Most Holy Trinity is the eight-ton bell that plays to note of A, the two-ton St. Joseph plays F. The bells have such special meaning that they’re kept as ornaments to the monastery grounds when they’re retired. 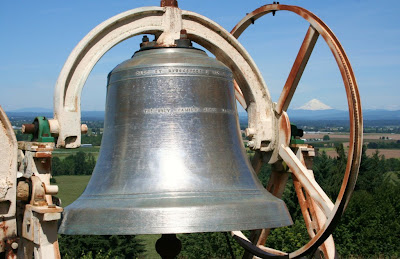 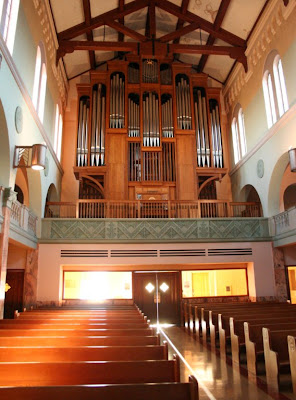 …a lesson that was emphasized when, after noon prayer, I took a walk through the monastery cemetery, where all the brothers who have made their home here throughout the ages lie in peace. 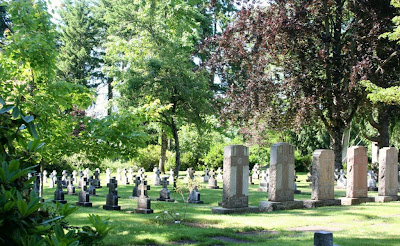