What a tough labor taught me about Tupac, suffering and “offering it up” 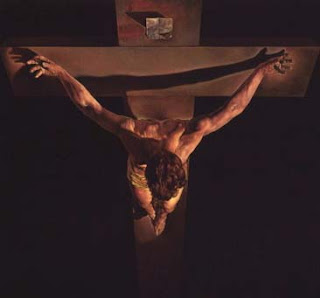 Not surprisingly, I find that labor is a great opportunity to think about the topic of suffering. With my first child I was still basically an atheist, so my thoughts on suffering during the difficult 18-hour labor all basically fell in the category of “how to avoid it.” But my second and third children were born after my conversion, leaving me thinking a lot about the topic from a religious perspective.

In the early stages of labor with baby #3, I thought a lot about the idea of “offering it up, ” uniting our own sufferings with Christ’s for the good of someone else. For a while I considered what intention I might want to offer this labor for, but got sidetracked trying to figure out how this redemptive suffering thing works. It’s something I’d puzzled about a lot in the past. I didn’t understand how, specifically, you go from “just suffering” to “offering your suffering to God by uniting it with Christ’s.” I mean, is there some form we fill out where we describe the time and place of the suffering involved, check the “offer it up” box, and submit it to God with our signature? It didn’t seem like simply saying the words that you’re offering your suffering to God would really change anything.

In my typical fashion, I always got so caught up in analyzing it that I’d never actually tried it. And in this case too, I just kind of forgot about the idea of offering up my labor because I couldn’t get a full intellectual understanding of how exactly to do it.

Instead I put on my iPod headphones and began my pain management technique of listening to rap.

It’s always been one of my favorite genres of music, and for some reason I find that blasting a good rap song is far better than anything I ever learned in Bradley Method class. I’ve found that Tupac’s songs in particular — the infectious beats mixed with rhythmic laments about the human experience — somehow put me in the right state of mind for coping with great pain.

And, with baby number three, there was plenty of pain to cope with.

Ever since I was diagnosed with a serious blood clotting disorder, all my labors have to be induced and I have to be hooked up to an IV, a few different monitors, and my legs placed in pneumatic boots to prevent blood clots. In other words, I can’t move. Between the machines and wires and boots I can’t even turn on my side. To manage the notoriously painful Pictosin-induced contractions while almost completely immobile is no easy thing, as I was reminded a few hours into my labor with baby #3. Because I’m no fan of needles near my spinal cord, I waited until the pain was shatteringly unmanageable to ask for an epidural.

And then there was a problem.

The anesthesiologist wasn’t sure whether or not my medical issues would cause bleeding in the spinal cord if he gave me the epidural, so he needed to make some calls and pull some other charts — after he helped a couple other patients. In other words, the epidural was not coming any time soon. I felt a tinge of panic so severe that I thought I might lose my mind if I gave in to it. I had mentally checked out of dealing with the pain since I thought it was only minutes until it all went away. In the midst of such profound, all-consuming suffering, I didn’t know how to mentally check back in and get back to managing it. My mind started spinning out of control. I knew that the only way out of this mess was to go through the pain, but it seemed impossible that I could take one more second of it.

Flat on my back, devoured by the gnawing of seemingly unbearable suffering, I did the first thing that came to mind: I turned up the volume on my iPod and tried to lose myself as much as possible in the song that was playing. It was Tupac’s posthumously released track,  Changes.

Instantly I connected with the pain that informed so many of his lyrics, though his pain came from a different place; his music told of a life growing up amidst violence and gangs, never knowing another way, and his chilling awareness that this lifestyle he couldn’t seem to find a way out of would mean that his time on this earth would be short. I thought of the old pictures in the video where he grinned freely as a young child (here and here in the video — warning,  explicit lyrics) and felt angry when I contrasted that innocent child’s face to the face of the hardened notorious rapper who became involved in just about every bad thing a person could be involved in. I wanted to go back in time and shield that young boy from the tumultuous, sinful world he was born into. I thought of Tupac’s painful death in a hospital bed after he’d been hunted down by enemies and shot multiple times, and the fact that he suffered the final ignominy of some of his equally misguided friends mixing his cremated remains with marijuana and smoking them in a joint. I thought of his life, his death, and the lives and deaths of others like him, and worried about their souls.

As a new surge of pain hit me, I decided to offer up my suffering for his soul, and for the souls of anyone else who was ever born into a life where the deck was stacked against them from day one.

And there in the midst of suffering so overwhelming that it left me with no mental resources for analysis, I finally got a glimpse of the power of “offering it up.”

When I turned my mind to God in the midst of my agony to offer up my suffering for all the Tupacs of the world, a distinct, almost palpable shift occurred. I realized that instead of just doing everything in my power to get as far away from this pain as possible, I was now saying, “I accept it. If it helps these souls for whom I’m praying, I accept it.” And what did that do? What’s the big difference between trying to escape pain and accepting it for the benefit of someone else? The answer was something I could not have put into words but that I understood on a primal level:

I’m no theologian and don’t know how to defend that statement with high doctrinal analysis, but it’s something I knew with complete certainty in my suffering there in the hospital. That feeling I sensed the moment I turned to Christ crucified and asked him to accept my suffering along with his own for those for whom I prayed was the feeling of an explosion of love. Through suffering, love had been generated where there were only impotent well wishes and kind words before. And though it’s still not something I can perfectly explain, I could feel how God could use such love for the benefit of us all. To put more of that real, meaty love into the world — that kind of love that can only spring from self-sacrifice on behalf of another — is to put more of God himself into the world.

I ended up getting the epidural only 10 minutes before the baby was born, and my suffering finally passed. But ever since that experience I’ve felt like I finally understand the mystery redemptive suffering a little better, even if I struggle to articulate it. All I know is that, there on the hospital bed, pain and a desire to help a lost soul and the Cross the only things on my mind, I sensed some intimate — possibly inextricable? — connection between love and willingness to suffer. And I understood that that kind of love has the power to save the world.